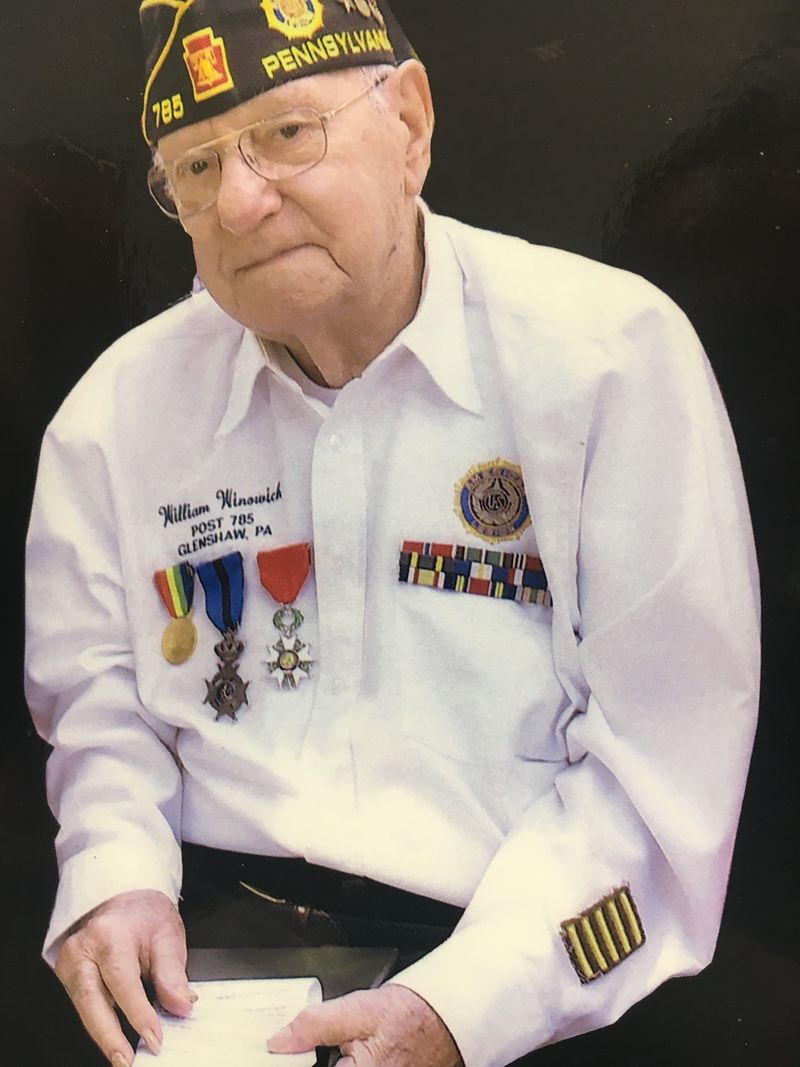 Age 96, Allison Park, passed away on Monday, September 7, 2020. Beloved husband of 74 years to Jacqueline H. (Baud) Winowich. Loving father of Michelle (Michael) Zmijanac and Philippe (Kathleen) Winowich. Cherished Gramps of William (Jessica) Ferlich. Loving great-Gramps of Milo and Fiona Ferlich. Brother of the late Robert, Nick, Dorothy, Mildred, and Paul. Also survived by nieces and nephews. William was a Boy Scout leader in the Guyasuta Scout District. He served as a medic with General Patton and was the recipient of the Bronze Star, the Legion of Honor from France, and the Order of Leopold from Belgium and the Medal of Liberation of Dol-De-Bretagne. He was a member of American Legion Post #785 Glenshaw, a member of Roosevelt Lodge #697 F. & A.M. and a grateful member of the Veteran's Breakfast Club. Private Service and Burial in the National Cemetery of the Alleghenies entrusted to WILLIAM SLATER II FUNERAL SERVICE, Scott Twp. (412-563-2800). Memorials may be made to the Veteran Breakfast Club, c/o Todd Depastino, 200 Magnolia Place, Pgh., PA 15228. www.slaterfuneral.com
To order memorial trees or send flowers to the family in memory of William "Wimpy" Winowich, please visit our flower store.