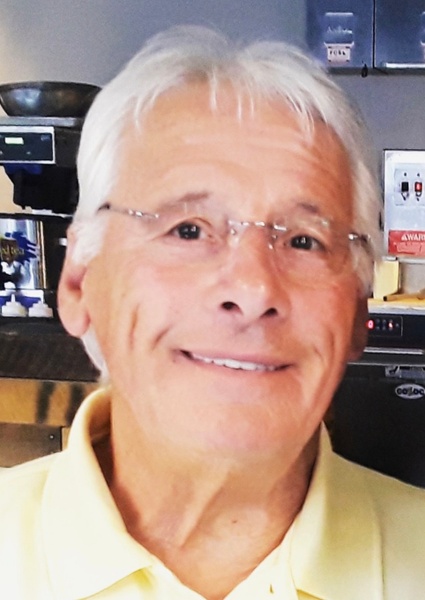 William Petrie, age 78, known to his wife, Roberta as “Pete,” known to his daughters, Brigetta (Russell Del Re) and Kimberly (Keith Sturgeon) as “Dad or Petie,” known to granddaughter, Rubie, as “Pap,” and to his friends as “Bill,” passed away peacefully at this home surrounded by his loving family on Monday morning.  After retiring as a Boilermaker from Local 154, Mr. Petrie truly enjoyed traveling on his motorcycle across the country with his beautiful wife in tow.  They were fortunate enough to see all 50 states, except Hawaii since no one built the bridge yet.  He also took great pride in the four girls in his life.  Roberta was his high school sweetheart and his one true love.  When talking about his daughters, he told everyone, “I have two daughters: one country and one country club.”  That always brought a chuckle because everyone knows which one is which.  And his only granddaughter was the cherry on top of his wonderful life!  While family was a priority, so was a great round of golf with his buddies and a nice, smooth scotch. Mr. Petrie was well-known for his work-ethic, his love of his country, and his pragmatism.  You always knew where you stood with him.  Family and friends welcome WEDNESDAY 2-4, 6-8pm, WILLIAM SLATER II FUNERAL SERVICE (412-563-2800) 1650 Greentree Rd, Scott Twp 15220.  Masonic service 7:30pm, by Centennial Lafayette Lodge 544 F&AM. Funeral Service 11:00a.m. THURSDAY, in the funeral home. In lieu of flowers donations suggested to the Wounded Warriors Project P.O. Box 758516, Topeka, KS 66675-8516 www.slaterfuneral.com

To order memorial trees or send flowers to the family in memory of Pete Petrie, please visit our flower store.