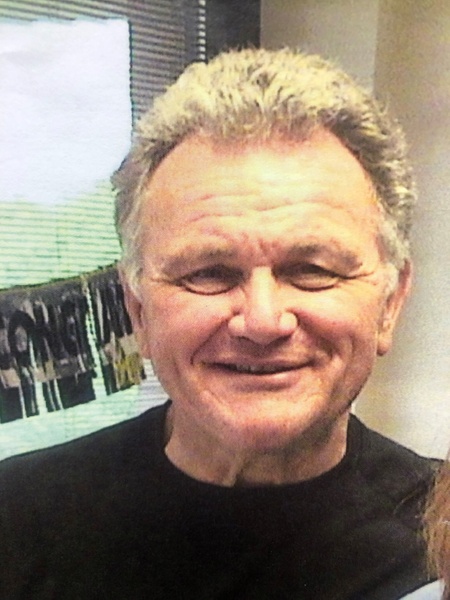 Vincent Abbato 75, of Green Tree, on Thursday, June 2, 2022.   Vince was a first-generation Italian American, born the oldest of four to Theresa and Louis Abbato in Jersey City, NJ.  He attended grade school at Our Lady of Sorrows “where Sinatra married his first wife”.  At age 10, Vince got his first job, stocking shelves at Lou’s Market, his father’s butcher store.  He graduated from St. Mary’s High School and then from Alliance College, in Cambridge Springs, PA. After college, he stayed in Western Pennsylvania and began a career as a restauranteur.  Vince was the owner of Vincent’s in Green Tree on Mansfield Avenue, where he shared his Italian hospitality with Pittsburgh for more than 30 years.  He also served as mayor of Green Tree from 2006-2010.  Although Vince will always be associated with food, he was a man of varied appetites.  He was fiercely loyal and would go out of his way to help others.  Whether you were a classmate, a golf buddy he just met, an MLB umpire, a bishop, or a busboy, if you were Vince’s friend, you were a lifelong friend.  He had a passion for cars and could tell you the year, make and model of any car on the road.  Vince was an avid traveler, from his beloved Jersey Shore, where he spent his summers as a boy with his family, to his favorite trip to Italy.  He greatly enjoyed golfing, both in the summer with his friends from Valley Brook Country Club and in the winter in Naples, Florida.  Vince also was known for his great taste and personal style and never tired of shopping for clothes and accessories for himself, as well as others.  He attended major sporting events all over the U.S., from Super Bowls to Stanley Cup finals and the World Series, one of the most epic memories being at the first professional football game he attended, on December 23, 1972, where Franco Harris made the Immaculate Reception.  Vince was most often found at a baseball game, at first as a fan of the Yankees, then the Pirates, and finally -most enthusiastically - whatever team his grandkids were playing for.  At any game, or on any night at the restaurant, Vince loved to share a variety of (mostly appropriate) jokes and he excelled at storytelling.  But what always brought a smile to his face and filled his heart with happiness were his six grandchildren.  He continually marveled at how much joy they brought into his life and considered being a grandparent one of the richest blessings God granted him.

Vince’s memory will be cherished by his wife of 42 years, Tomasine, his children Amy (Mike) Szuba, Adam (Cathy) Abbato and his stepson Paul (Eileen) Stocker, his grandchildren Jack, Joe and Tess Szuba, George, Alaina and Gabriella Abbato, his siblings Anthony, Immaculate Rossi and Louis and multiple cousins, nieces, nephews and his beloved friends from all walks of life.

To order memorial trees or send flowers to the family in memory of Vincent Abbato, please visit our flower store.