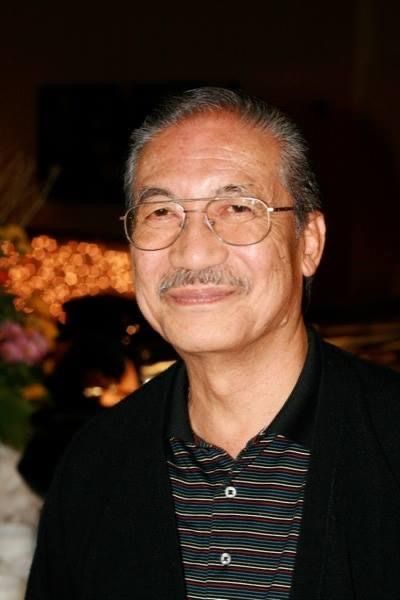 Dr. Vicente Abrantes Alcantara, M.D.
Age 83 of Peters Twp., Pittsburgh, PA, passed on to our God on Friday, January 14, 2022.
Born April 28, 1938 in Manila, Philippines. Baptized at the Roman Catholic Church of Tondo, Manila, Philippines on July 31, 1938.
Son of the late Enrique Alcantara and Salud Abrantes Alcantara. Brother of the late sister Henrietta and twin brother Antonio who passed away at childbirth. Devoted husband and father, he is survived by his wife of 52 years, Maria Victoria Perlas. Beloved father to Maria Margarita Salud, Jason Vincent (and wife Ashley Barrat) and the late Lara Patricia who preceded him in death on May 3, 1989. Dear grandfather of Jonas Kai and Lalani Rose. Vicente is also survived by many nieces and nephews and extended family in the Philippines and the United States.
Vicente was a 4 year honor student at Ateneo de Manila High School, then graduated from the University of the Philippines with a B.S. degree. He completed his Medical School education at the University of the East Medical Center where he was also an assistant instructor in Anatomy. He immigrated to the U.S. in 1964 and completed an internship and Radiology residency at the Mercy Hospital of Pittsburgh, fellowships in Radiology at the Presbyterian University of Pittsburgh and the Montefiore Hospital in Pittsburgh. Vicente worked at the Monongahela Valley Hospital for 24 years before working at the Brownsville General Hospital for 17 years as the chief of Radiology ultimately becoming chief of staff. He last worked at Canonsburg General hospital until his retirement in 2012.
Vicente had a deep interest in making things grow. He originally wanted to become a farmer but his parents pushed him towards medicine due to his academic aptitude. He was proud of keeping an extensive garden at his various residences in the U.S. Among other projects, he was an investor that brought the first lithotripsy machine to the Philippines, a prawn farm in the Philippines and the Ikapati Farm which demonstrated the viability of organic farming that affected the direction of Philippine agriculture.
Vicente enjoyed reading extensively, especially on topics that included health, history, agriculture, art, literature, and finance. He enjoyed traveling, tennis and golf. He shot a hole in one on September 7, 1998 at Valleybrook Country Club. He is often remembered by his dry, dead-pan humor, witty remarks, keen intellect, and sweet tobacco smell from his pipe that he enjoyed in the evenings. Blessing Service 10:00a.m. FRIDAY, WILLIAM SLATER II FUNERAL SERVICE (412-563-2800) 1650 Greentree Rd, Scott Twp 15220. All family and friends are welcome. www.slaterfuneral.com

In lieu of flowers, the family asks that you please donate to Gawad Kalinga USA, an organization that provides support for disaster relief and the fight against poverty in the Philippines. The website is:

https://www.gk-usa.org
To order memorial trees or send flowers to the family in memory of Vicente Abrantes Alcantara, please visit our flower store.