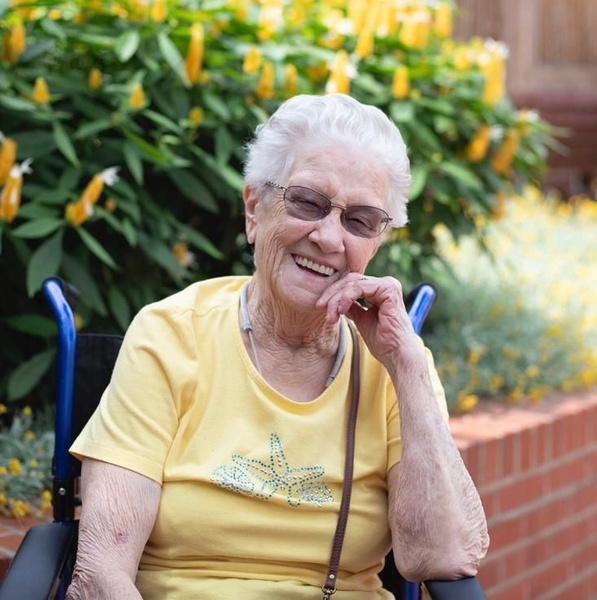 Age 89, from Pittsburgh, PA, formerly King George, VA and White Plains, MD., passed away due to complications from a stroke. Terry was born in Carthage, NY, the daughter of the late Robert G. Langdon and Larena Mullaney. Terry was predeceased by her husband of 62 years, Edward "Ed" J. Mruk, Sr. who passed away in 2014, as well as 11 brothers and sisters. She accompanied Ed during his 20-year military service career and settled in White Plains, MD. Terry held various jobs in the hospitality service with her favorite job running a satellite bakery for Wall's Bakery. She also worked for the Charles County Children's Aid Society. She loved bingo, puzzles and intricate word finds but most important was the company of family and friends.Terry is survived by her sister Ann Berkman, brothers Ronald and Leroy Langdon, and five children, Susan Sanders (Doug), Eddie Mruk (Jane), Betty Mruk Paoletti (Chuck), Norma Purcell (Craig), and Debbie Andreasen; 10 grandchildren and 14 great-grandchildren and many nieces and nephews. A special thank you to Allegheny General Hospital and West Penn Hospital for their loving care and support and to Roseanne and Matt Geletko for the care of her beloved cat, Princess. Friends and family welcome for visitation FRIDAY, June 4, 2021, 5pm to 7pm, WILLIAM SLATER II FUNERAL SERVICE (412-563-2800), 1650 Greentree Rd., Scott Twp., 15220, a celebration of life service will be held at 7:00pm, following visitation. A service will be held for Terry as she is laid to rest with Ed at Quantico National Cemetery in Triangle, VA on FRIDAY, June 11, 2021 at 12:30pm. www.slaterfuneral.com
To order memorial trees or send flowers to the family in memory of Teresa B. "Terry" Mruk, please visit our flower store.