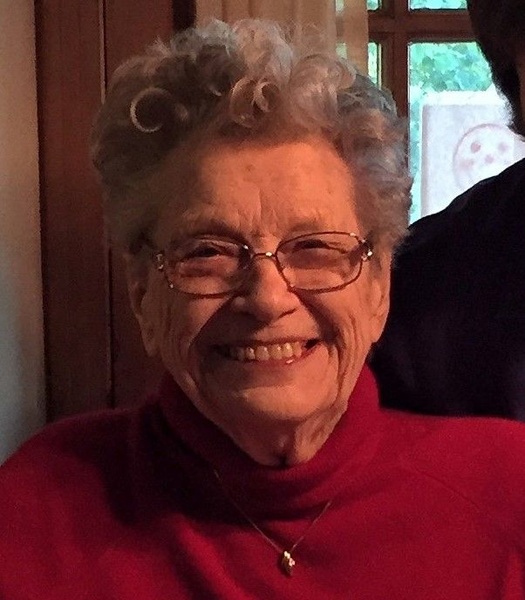 On Friday, February 19, 2021, a loving wife, mother and grandmother, passed away in Pittsburgh at age 96.

Stella was born in Oil City, PA, the daughter of Polish immigrants, John and Catherine Idzi, the sixth of their eleven children. She married her high school sweetheart, Charles Way, and they shared a honeymoon-like marriage for 61 years, calling each other "Charlie" and "My Bride" with that special twinkle in their eyes.

Stella was a great hostess and a friend to all, welcoming family and friends into her home and easily engaging everyone she met into conversation. Stella had a passion for baking. She was famous for her poppy seed rolls, as beautifully presented as they tasted, her cream puffs, and her layer cakes that were higher than anyone else's. And everyone knew her for the beautiful letters and notes she wrote.

Stella was preceded in death by her loving husband, "Chuck", her son, Stephen and ten 10 brothers and sisters. She is survived by her daughters, Stephanie Waugh and Susan Lasorso; along with seven beloved grandchildren, Greg, Jason, Adam, Joe, Dan, Karen and Breanne. She also leaves behind four great-grandchildren, Juniper, Hunter, Olivia and Sam.

Mass of Christian Burial will be held privately for the immediate family. In lieu of flowers, the family suggests that donations be made to OSPTA Hospice Attn: Donation Foundation, 3425 State Rt. 51 N., Rostraver, PA 15012. Arrangements entrusted to FREYVOGEL-SLATER FUNERAL DIRECTORS, Bethel Park. www.slaterfuneral.com
To order memorial trees or send flowers to the family in memory of Stephanie "Stella" Way, please visit our flower store.