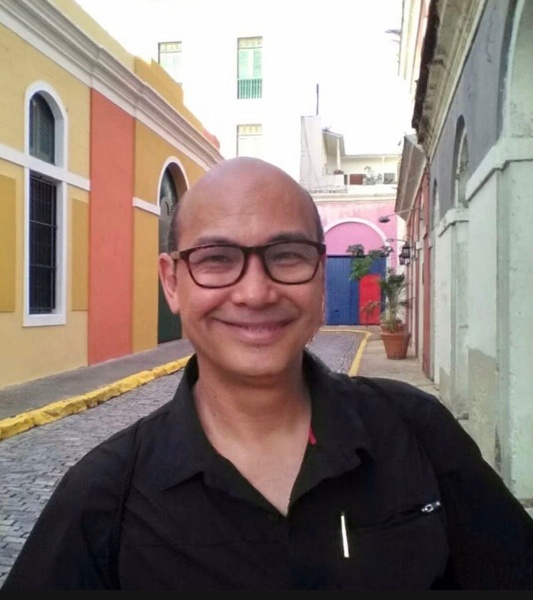 Rome Alcantara
Age 62, of Green Tree, suddenly on Tuesday, July 6, 2021. Beloved husband of Rebecca E. (Meharey) Alcantara; loving son of Ednabel Dans and the late Rudolfo Alcantara; loving father of Mara Alcantara; brother of Arch (Christina) Alcantara and Cyla (Eric) Alcantara. Rome was born in Manila, Philippines, the first born known as "Kuya" (older brother) to his younger sister Cyla Marx and brother Arch. Rome is also survived by his adoring nieces and nephews. His parents brought the family to the U.S. when he was 12 years old, hoping for better opportunities for themselves and their children. First settling in Wintersville, OH, the family then moved to Pittsburgh, PA, so his father could further his medical career. Rome attended Vincentian High School and studied at Drexel University. He later returned home to help care for his seriously ill father. During the difficult decade that followed, he became an extraordinary source of strength to his family, a role he continued from then on. During this time he completed a degree in architectural science. Rome followed many different paths in his professional life, including careers in the restaurant business, insurance sales, and ultimately a 20-year career with AT&T. It is there that he met Becky, and they married in 2004. He loved his family dearly but the light of his life was his daughter Mara. From the moment she was born, he treasured spending time with her. Everyone who knew him knew he was such a kid at heart. They were a perfect match! Rome was also an intellectual with a very curious mind. Among his many interests were science, astronomy, and history, and he had an intense passion for music. His family and friends have such fond memories gathered around him playing guitar, piano, or singing karaoke. Rome was an avid Steelers fan and had a love for the outdoors, biking and cruising in his Wrangler. He had such an amazing spirit, he made everyone laugh until they cried with funny stories, goofy selfies, and all-around inappropriate humor. His quick smile and the way he lit up any room he entered will be dearly missed. He definitely marched and played to his own beat, with everyone else just wanting to follow along. In lieu of flowers the family suggests contributions be made to the American Heart Association, 444 Liberty Ave #1300, Pittsburgh, PA 15222 or National Alliance on Mental Illness 105 Braunlich Dr # 200, Pittsburgh, PA 15237.
Friends welcome FRIDAY 6-8pm, WILLIAM SLATER II FUNERAL SERVICE (412-563-2800), 1650 Greentree Rd, Scott Twp 15220. Funeral Service 3:00pm, SATURDAY, St. Paul's Episcopal Church, 1066 Washington Rd, Pgh, PA, 15228. www.slaterfuneral.com
To order memorial trees or send flowers to the family in memory of Rome Dans Alcantara, please visit our flower store.