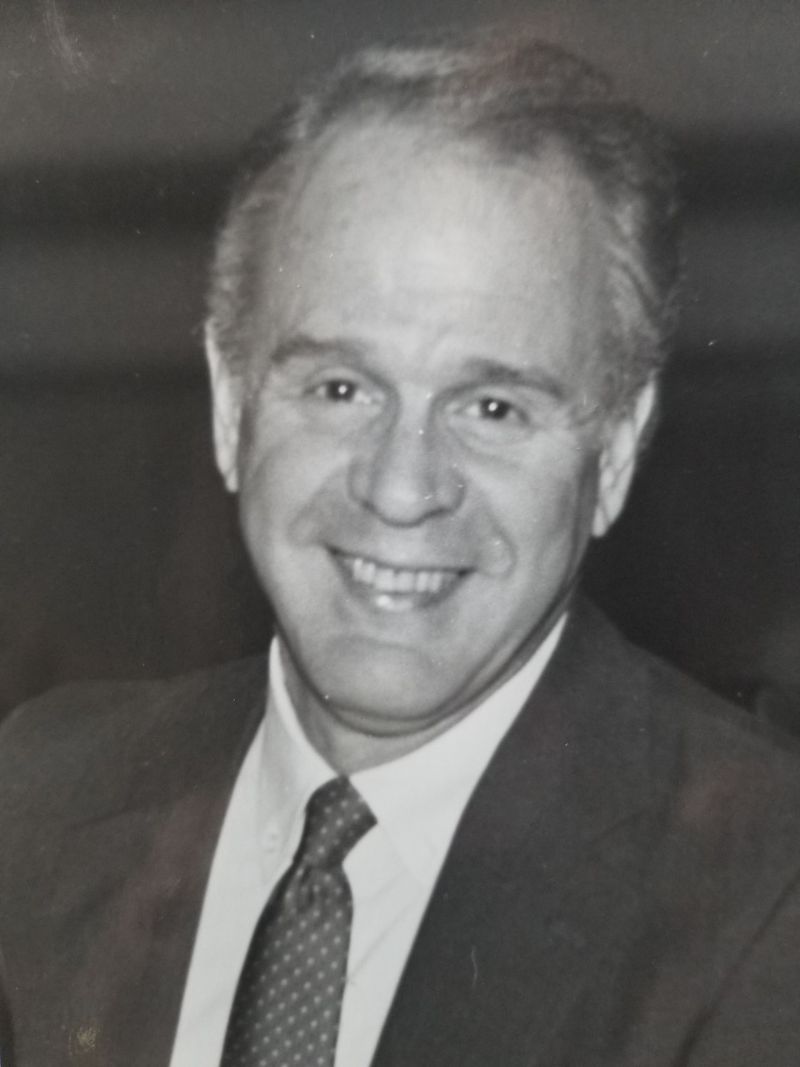 Robert D. Shapiro
Robert D. Shapiro of Pittsburgh, Pa, passed away February 22, 2022, at the age of 96. Bob was the beloved husband of 70 years to the late Sophie Shapiro who passed at 91 years, August 31, 2018, and father to Michael who unexpectedly passed on December 29, 2021. Surviving Robert are his daughter Elynn, son Daniel, (Sharon,) four grandchildren, Ali McNamara (Ray), Abbey Stewart (Jason), Cole Shapiro, Zane Shapiro (Lisa), and great grandchildren, Aubrey Knight, Bryce Stewart, Cash and Duke Shapiro and Bob's brother Harold Shapiro.
Robert was born July 25, 1925, in Pittsburgh, Pennsylvania, son of Louis and Eva (Lee) Shapiro. Eva passed away when Robert was five years old, and in 1934, Louis remarried Edith Sniderman. Bob was raised on Raleigh Street in Squirrel Hill and graduated from Taylor Alderdice High School. Bob, and his Alderdice boys, Arnie Malkin, Irv Terner, Brud Oseroff, and Gene Lichter were unique, as they remained best friends their entire lives, interweaving their families, Jewish lives, and absolute support through the good and bad times life brings.
After graduation at the age of 17, he enlisted in the US Marine Corp, and was stationed at Camp Pendleton and Camp Lejeune. Robert served in the Marines for Four years, and then the reserves. He studied and played football at Franklin Marshall College in Lancaster, Pennsylvania. After serving his country he returned to Pittsburgh and attended the University of Pittsburgh where he graduated with a degree in business. In 1945, he met Sophie Zubroff, and married in 1948. Bob joined his father, Louis and his brothers, Melvin and Harold in the family business, Ideal Specialty Shoe Company at 1016 Fifth Avenue in Pittsburgh. Bob enjoyed running the business with his son Daniel until 1992, ending a very significant and meaningful chapter…but certainly not the end of the book.
Bob's second career started at the age of 62, when he became a successful Senior Certified Real Estate agent, first for Metro Realty, and then as Commercial Manager for Coldwell Banker Realty, retiring at the age of 90.
Jewish causes are the third significant component in the tapestry of Bob's life. Temple Emanuel was his pride as he was a founding member, and occupied a variety of positions, including, President. The Congregation's gratitude was displayed when he became a recipient of their Man of the Year Award 1973-1974. He spent so much time helping out at the Temple that their Associate Rabbi at the time Elliot Holin, became his 'third' son. Bob was responsible for helping to create the Rabbi William Sajorwoitz Youth Foundation, a fund where he labored arduously to support Temple Emanuel Youth activities.
In addition, Bob was heavily involved with the ZOA, culminating in a run as President of the Pittsburgh District. He helped to create the first ZOA/UJF Israel Scholarship program, chaired an American Zionist Foundation dinner for the Pittsburgh district, and was a delegate to the World Zionist Congress. He was also a life member of the Jewish Chautauqua Society, was affiliated with the Century Club of B'nai Brith Youth Services, and was instrumental in the
creation of Bnai Zion here in the city. Among his many other accolades are the Theodore Herzel Award from ZOA, The Brandeis Award, and the Israel Service Award for his years of leadership and services to Israel and the Zionist movement.
Bob was a Grand Master of the Mason's, a Board member of Montefiore Hospital and was involved in the negotiations with the University of Pittsburgh.
Bob and Sophie often traveled to Italy and South America for his shoe business, which made it possible for them to enjoy the many cultures of different countries, as well as his beloved Israel. He had a love for reading, music, photography, sports, his beautifully maintained backyard flower garden, and his true love, spending time with family.
Bob was the most loving individual whose enthusiasm for life was contagious. His loyalty, kindness, and sensitivity along with great deeds are his legacies. Robert was an exceptional man whom we were privileged to have known and loved. He will be sorely missed by all his family and friends. A CELEBRATION OF HIS LIFE WILL BE HELD AT A LATER DATE. . In lieu of flowers, contributions may be made to the Temple Emanuel of South Hills Rabbi William Sajowitz Endowment Fund, 1250 Bower Hill Road, Pittsburgh, Pa 15243 or Three Rivers Hospice, 300 Oxford Drive, Suite 200, Monroeville, PA 15146. WILLIAM SLATER II FUNERAL SERVICE, Scott Twp., entrusted with the Shapiro family arrangements. www.slaterfuneral.com
To order memorial trees or send flowers to the family in memory of Robert D. Shapiro, please visit our flower store.