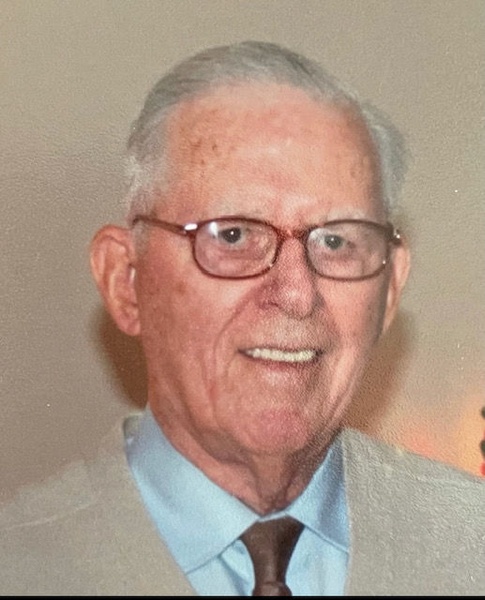 Robert E. Irr, Sr., 98, of Winter Springs, Florida, and formerly of Pleasant Hills, Whitehall, McCandless, and Mt. Lebanon. He was the final surviving member of the Charles A. and Mary Philbin Irr Family of Mt. Washington, Pittsburgh, PA.

Bob served for 3 years and four months in the Army. He spent two years as a Paratrooper, and the final years as an Officer in the Japan occupation, as a member of the 11th Airborne Division. He was recalled to the Service during the Korean conflict. He spent four months at Indiantown Gap, PA, and one year at The Field Artillery School, Fort Sill, OK. Then, returning to Pittsburgh in August, 1952, he prepared to open a Discount Store, which was delayed by his Army recall. Partnering with Mel Eiben, Bob founded the firm, Eiben and Irr, Inc. on February 1, 1953, in downtown Pittsburgh's Clark Building. The firm grew to become a small department store, operating independently for thirteen years, before merging as a division of Spang Industries of Butler, PA. Bob continued as President and General Manager. On February 1, 1969, he decided to resign, as a result of several policy disputes with Spang Management.

Two months later, he was employed by the Catholic Diocese of Pittsburgh to re-organize the Diocesan Central Purchasing Department. Ten months later, he was appointed Diocesan Director of Finance and Administration, and was assigned to manage the re-organization, which had been recommended in a Booz Allen study. He retained the position, serving under four Diocesan Bishops (Bishop Wright, Bishop Leonard, Bishop Bevilacqua, and Bishop Weurl). Bob retired in April, 1989.

Mr. Irr was born in Pittsburgh, Pennsylvania, December 31, 1922. He was a Pittsburgh resident for 88 years. In 2012, he moved to Chicago to reside with his daughter, Margie, and the Huerta family; and in 2015, he moved to the home of his daughter, Nancy, and the Bercini family, in Winter Springs, Florida.

There will be a Memorial Mass on Saturday, September 18, 2021, at 10:00 am, at Resurrection Parish (St. Thomas More Church) with Father Joseph Mele as celebrant.

In lieu of flowers, donations may made to People Concerned For The Unborn Child, 3050 Pioneer Avenue, Pittsburgh, PA 15226

The family of Robert E. Irr, Sr. invites you to leave a message of condolence on the Tribute Wall created in his loving memory.
www.slaterfuneral.com
To order memorial trees or send flowers to the family in memory of Robert E. Irr, please visit our flower store.