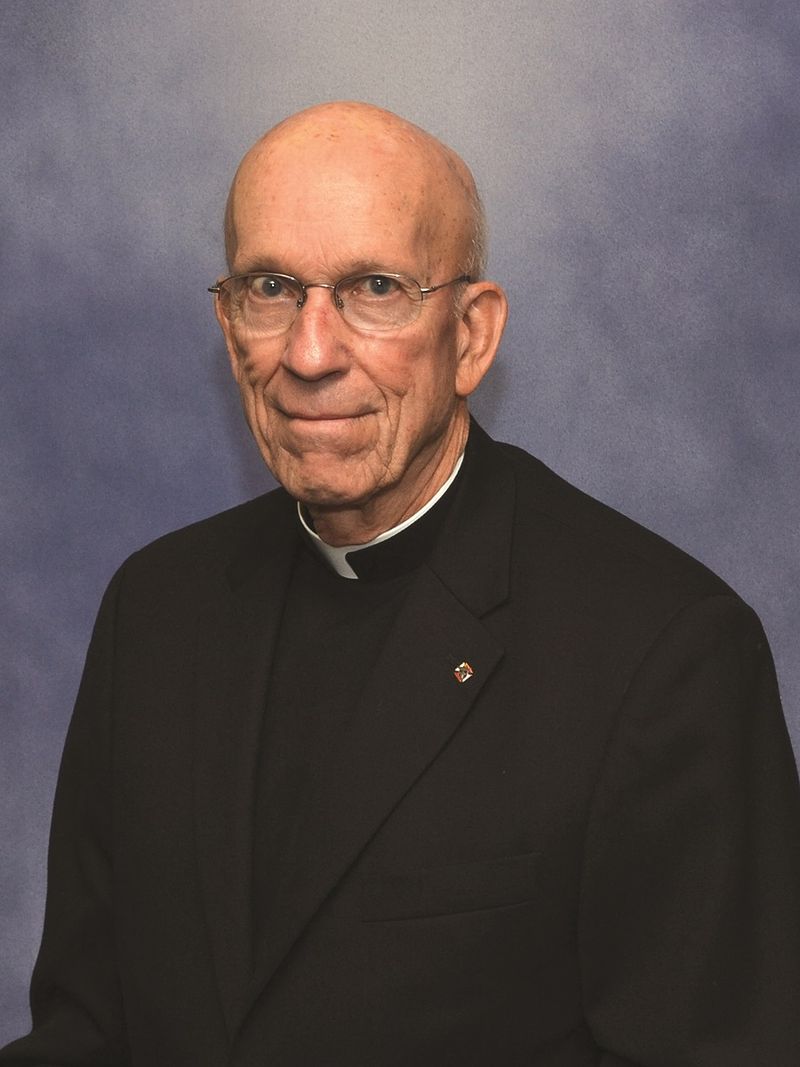 Reverend Robert W. Herrmann, 87, former pastor of Holy Trinity Catholic Church in Robinson Township, died peacefully on January 12, 2020, after recent cancer treatment. Father Herrmann, known to many as Father Bob was born on June 23, 1932, in Pittsburgh, the son and youngest child of Rinehart C. and Rose Pauley Herrmann. He was preceded in death by his two sisters, Helen Faller and Ruth Farrell; and three brothers, Charles, Joseph, and Louis Herrmann, and one niece, Julie Sweet. He is survived by twenty loving nieces and nephews, and many great nieces and nephews. Two of his great nephews were recently ordained priests in the San Francisco Diocese. It was a joy for Father Bob to participate in their ordinations.
Father Bob's ties to Pittsburgh were deep rooted. Both of his parents were born here and he lived here all of his life, surrounded by a large, close knit family. Father Bob graduated from St Margaret of Scotland grade school where he was baptized and celebrated his first mass. He is a graduate of Pittsburgh's Central Catholic high school.
Father Bob's Uncle Monsignor Andrew Pauley fostered his vocation to the priesthood. He graduated with a B.A. at St Vincent Seminary in Latrobe PA and a S.T.L. from St. Mary's Seminary and University in Baltimore in 1958 and was ordained at St Paul Cathedral of the Pittsburgh Diocese in 1958. Father Bob was assigned to many Pittsburgh Parishes including, St. Joseph in Duquesne and St. Joseph in Mt. Oliver. He also served as Pastor of St. Michael's Parish, South Side, from 1973-1979.
In 1979, he became the pastor of Holy Trinity Parish and served there for twenty-eight years until 2007. After that he retired but continued to remain active in his pastoral ministry, serving numerous parishes in the Pittsburgh Diocese. He returned to Holy Trinity in 2016 and served there in active ministry until his recent illness.
Father Bob was a popular priest and deeply loved by his parishioners, family, and friends. He was a good shepherd to all who knew him, touching countless lives through his holiness and compassion. The parishioners of Holy Trinity named one of their church halls in his honor.


Father Bob was a man of many interests. He enjoyed sharing his love of nature and the out of doors with others. He was an avid hiker all his life. He completed the northern half of the Appalachian Trial and climbed over 46 peaks. He also enjoyed hunting, fishing, biking, swimming and golf. Beginning as a young boy and continuing throughout his life, he spent many, happy summer vacations with his family on the Outer Banks of North Carolina.
He was passionate about capturing his outdoor experiences through photography, often carrying a 3-D camera with him in addition to his other cameras and a GPS.
Father Bob had a wonderful sense of humor. He grew up surrounded by uncles who loved to tell jokes and humorous stories. Father Bob inherited this gift and shared it with everyone.
Father Bob will be greatly missed. He was a cherished part of many lives, a loving presence, and a devoted priest and pastor.