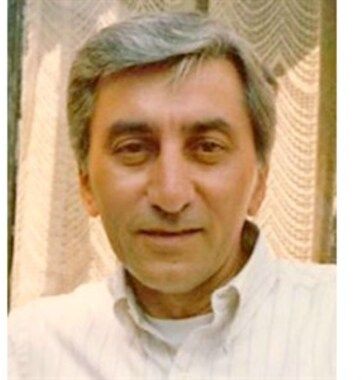 On November 11, 2021, Robert James DeJulio, 91, passed away peacefully at home, surrounded by his beloved wife of 63 years, Marcia, devoted daughter Linda, and her fiancé Tom Gribben. Owner of Manor Oak Barber Shop for more than 55 years, Bob was known and loved by many patrons, often going the extra mile to travel to the homes and care facilities of customers in need. A graduate of Sto Rox high School in 1947, Bob started his career as a 3rd shift box factory worker, then welder at Dravo. During his off-shift hours, Bob played trumpet in his brother Frank's dance band and the Villetta Barrea Italian Band. In 1951, Bob was drafted into the Army during the Korean conflict, and was a proud member and Corporal in the 101st Airborne Division. He served 18 months in Yokohama, Japan, as part of the 289th Army Band, playing ships of soldiers into and out of the port on their way to battle in Korea. After returning from Japan, Bob traveled the Midwest as a member of several dance bands, including a tour with Eydie Gourme' called "Stairway to the Stars". He also played for stars coming into town at Kennywood and West View Park, and the Horizon Room at the old Pittsburgh Airport, which is where he met the love of his life, Marcia Grace McMurray, of New Castle, PA. In 1961, Bob became the lead trumpet player for the Baron Elliott Orchestra in Pittsburgh and played the country club dance circuit for more than 25 years. He spent his later years playing with the Tommy Payne Band and other bands. Bob was preceded in death by his beloved daughter Denise, his sister Mary (Lucente), brothers Frank (Rose) and Jim (Marianne), mother Adalgisa, and father James. He is survived by his wife Marcia, daughter Linda, granddaughter Haley, sisters Jeanette (George) Ogilvie, and Beatrice DeRose, and multiple nieces, nephews, and cousins who adored him. Bob may be best remembered for his all-around coolness, good-natured laughter, crazy antics on the golf course, kindness to others, and his singing or whistling when entering a room. He will be dearly missed by all who knew him. Family and friends welcome 2-4, 6-8pm FRIDAY (11-19-21), WILLIAM SLATER II FUNERAL SERVICE (412-563-2800) 1650 Greentree Rd., Scott Twp. 15220. Funeral Service 11:00am SATURDAY (11-20-21), William Slater II Funeral Service. www.slaterfuneral.com
To order memorial trees or send flowers to the family in memory of Robert James DeJulio, please visit our flower store.