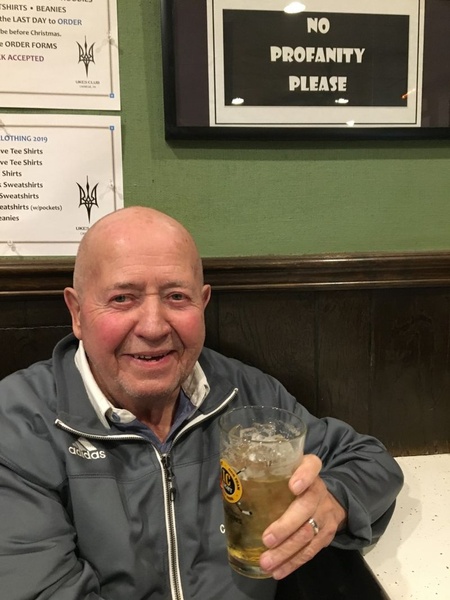 Mickey worked for many years in food sales for several companies as a regional sales mgr. He lived for entertaining his family, friends and everyone he met. He was a proud founding member of the Ancient Order of Hibernians, Division 32 in Carnegie, and served as an usher at St. John Capistran Church in Upper St. Clair.

In his retirement he enjoyed being known as the slowest bartender in Ukranian Club history, where rumor has it, some are still waiting for a drink. Mickey was an avid golfer as well…. or…. at least he eventually learned how to drive the cart. He also had an obsessive fixation with being on time, and now that he will forever be known as "late" is no doubt driving him crazy in heaven.

He was a life long Steeler fan, season ticket holder for many years and all round Pittsburgh sports fan. But above all, he was a fan of whatever sport or event his grandchildren participated in.

Mickey was a man of unconditional love for his family and a man of strong faith in God. He spent his entire life dedicated to brightening the lives of those around him with a little smile, a good joke, perhaps a shot of Jameson, and endless good times. We thank God for sharing him with us for 84 years before taking him home.

For those looking to make donations in his name, consider the following CBN (Christian Broadcast Network), St. John Capistran Church in Upper St. Clair, or Gallagher Foundation (Hospice) www.slaterfuneral.com
To order memorial trees or send flowers to the family in memory of Norman (Mickey) Abbott, please visit our flower store.