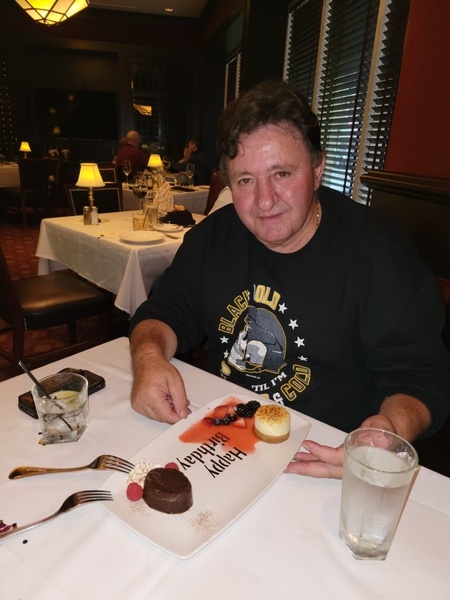 Michele Biancaniello, Age 60 of Pittsburgh, passed away unexpectedly on August 3, 2022, doing what he loved doing the most, riding his Harley. Loving husband of Angela (D’Urso). Beloved father of Angelina (Brian) Biancaniello, Nicholas (Nicole) Biancaniello. Dear brother of Antonio, Gerardo, Raffael, Michelina, Guiseppe, Dina, Carmine, and Patrizia. Loving grandfather of Cassandra, Isabella, Lucca, and Dominic. Survived by numerous nieces and nephews, cousins and friends. Michele was born and raised in Italy and moved to the United States at the age of 20, after marrying his loving wife, Angela. He started out working in the family construction business, then proceeded to build his own empire that he started in 1991. As his kids say, “He was the hardest working man we ever knew, and he was the nicest asshole we have ever met.” Michele never vacationed or took a day off in his life, as all he knew was work. He would have given the shirt off his back for anyone. He was never materialistic and did not care about his image, he just always wanted the best for everyone else. He left an unforgettable legacy behind that will never be forgotten. He was an avid outdoorsman and enjoyed spending time with his grandchildren. Family and friends welcome Sunday 4-8 & Monday 12-8pm. WILLIAM SLATER II FUNERAL SERVICE (412-563-2800) 1650 Greentree Rd., Scott Twp 15220. Funeral mass will be held Tuesday 10:00am at St. Bernard Church, St. Michael the Archangel Parish. Entombment to follow at Mt. Lebanon Cemetery.

To order memorial trees or send flowers to the family in memory of Michele Biancaniello, please visit our flower store.