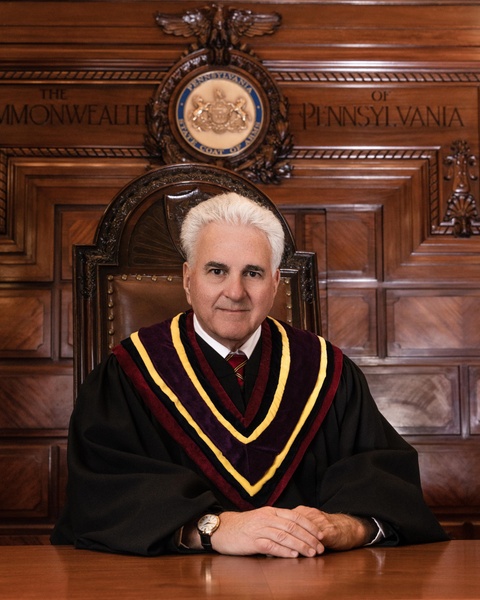 Max Baer died peacefully during the night on October 1, 2022 at the age of 74. Max, born David Max Baer, was raised in Dormont.  He was the son of Henry “Budd” Baer, a self-made automobile dealer and his wife, Helen Scheimer Baer, the matriarch of the Baer/Scheimer family.  Max Baer graduated high school from the Linsly Military Institute in Wheeling, West Virginia.  He continued his education at the University of Pittsburgh where his lifelong love of Pitt Football began. He graduated Duquesne University Law School in 1975.

Max Baer began his celebrated career when he was elected to the Allegheny County Court of Common Pleas in 1989, where he was affectionately known as the “Fighting Judge.” While assigned to the Family Division, he revolutionized the processes to better serve families. His reforms directly impacted the lives of children who found their future in the Court’s hands. The reforms that Judge Baer instituted in Allegheny County were nationally recognized and replicated in Family Courts across the nation. For his effort, he earned special recognition by the President of the United States and First Lady in a White House Ceremony.

Judge Baer’s vision for judicial reform extended beyond Allegheny County. In 2003 he was elected Justice of the Supreme Court of Pennsylvania.  In 2021, he was sworn in as the 57th Chief Justice of the Commonwealth, where he led a court based on the principles of collegiality, trust, and professionalism. Chief Justice Baer was respected by jurists, scholars, and lawmakers throughout Pennsylvania and beyond.

Chief Justice Baer was a committed and loving husband to his wife, a loving and supportive father to his sons, and an adoring grandfather to his grandchildren.  His vibrant energy was, and shall remain, a positive force for his extended family and network of close friends.  He shared his love of music, Pitt Football, and the Pittsburgh Steelers with all those he loved.

To order memorial trees or send flowers to the family in memory of Max Baer, please visit our flower store.