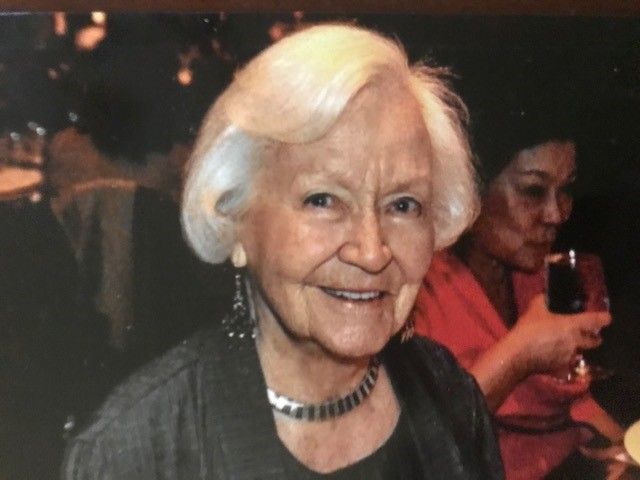 Of Mt. Lebanon passed peacefully on March 9, 2020, in the company of loved ones. Born in Edmonton to Jack and Anne Bowstead, Mary was a proud Canadian, but left her most profound marks on the town, community, and country she called home for most of her life. Her passions included politics, travel and her faith. Mary was the first female Commissioner in Mt. Lebanon and spent much of her life working to enhance the community she loved. She was a founding member of the Mt. Lebanon League of Women Voters and longtime leader on many levels of the organization. She championed women's involvement in government and worked tirelessly to reduce the size of the PA State Legislature. Her endless curiosity to learn took her all over the world beginning with a life changing trip through Europe with her father during the early days of World War II. She traveled extensively with Elderhostel, (now Roads Scholar). She enjoyed hosting foreign visitors with the Pittsburgh Council for International Visitors both to learn about other countries' politics and cultures as well sharing all that makes Pittsburgh special with her guests. A devoted Christian Scientist, Mary was sustained by her faith and motivated by a desire to strengthen her church and share her faith. Prone to fits of laughter that would leave her in tears, it was her humility, zest for life and sense of humor that endeared her most to those in her presence. Mary was preceded in death by her husband, Harold and son, Peter. She is survived by her daughter Anne (Jim) Noland, grandchildren, Sarah (Micha) Atai, Jamey (Lenzie) Noland, and Tyler Noland, and great-grandchildren Declan, Evelyn, Kinley and Ben. Despite reaching the age of 97, she never grew old. Her spirit of love will carry on in all she touched. A celebration of Mary will be planned at a future date. In lieu of flowers, she would be honored by donations to Chautauqua Institution (The Chautauqua Foundation, Inc., PO Box 28, Chautauqua, NY 14722-9981), the League of Women Voters of Greater Pittsburgh (436 Seventh Avenue, Suite 350, Pittsburgh, PA 15219) or the Mother Church of Christian Science (PO Box 239103, Boston, MA 02123-9103). Arrangements entrusted to WILLIAM SLATER II FUNERAL SERVICE, Scott Twp.
To order memorial trees or send flowers to the family in memory of Mary Larsen, please visit our flower store.

Will be planned at future date.