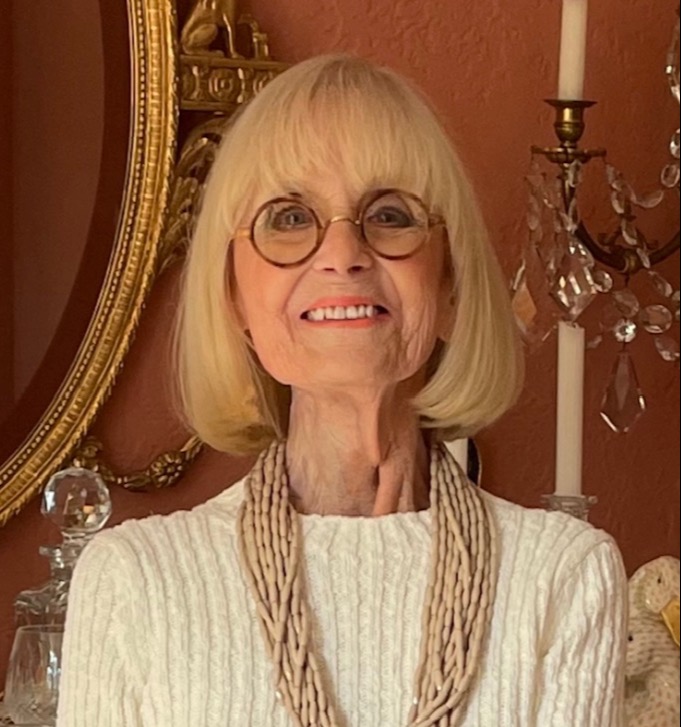 After 90 well lived years, Marian Scott Mosites, of Mt. Lebanon, passed from this life peacefully on Wednesday, July 27, 2022, with her husband Steve and children gathered at her side. Marian was born on April 27, 1932 and raised in Pittsburgh, the daughter of Theodore Scott and Dorothy (Smith) Scott and sister of Joanne Scott Gill.  She was a proud member of Mt. Lebanon High School’s graduating class of 1950, and it is there that she met the love of her life Steven Thomas Mosites to whom she was married for 67 years. Together Steve and “Koukla” (Greek for pretty doll) as he endearingly referred to her, raised their five children at their home on Pinoak Roadwhere Marian was known to describe her life as such, “I was always standing in a crowd”, and she loved every minute of it.  Marian’s proudest achievement was her role as mother to her five incredibly fortunate and grateful children, grandmother to around a dozen and great-grandmother to one. Marian also had so many loves and interests, the foremost being cooking, and studied with the likes of Chef Ferdinand Metz, Jane Citron, Anna Cao and Robert Sendall.  She loved to surround herself with beauty and grace and had exceptional taste and natural talent for interior design, gardening and fashion, with an elegant, yet understated sense of personal style. Though most importantly Marian was a kind and giving person so when she suffered a serious illness of head and neck cancer 25 years ago and was successfully treated by Eugene N. Meyers, MD, a leader in the treatment of head and neck cancer, she decided to give back. She and Steve began to donate to head and neck cancer research and eventually formed the Steve and Marian Mosites Family Foundation as well as funds at UPMC Eye and Ear Foundation and more recently with the UPMC Hillman Cancer Center and the Steve and Marian Mosites Family Fund for Cancer Immunotherapy Research. Marian is survived by her husband, Steve; her children and their spouses, Steven Mosites, Jr. and Gail, Cynthia Sunseri and David, Carole Scalo and Jack, Susan Bicket and Alex, and Sandra Simoncelli and Marc; her grandchildren, Steven, III and Anne Mosites; David Sunseri, Jr. (deceased August 30, 2008) and Elizabeth Sunseri; John Scalo, Jessica Scalo Kenning and her husband Patrick Kenning; Ian and August Bicket; Nicholas, Joseph and Zachary Simoncelliand her great granddaughter Harper Kenning. Marian was a most loving and generous mother and “Gammy”. Marian will be deeply missed by her family, friends and a multitude of others whose lives she touched. But above all other things, beyond being the matriarch to a beautiful family, her myriad of interests and her philanthropic mission, Marian will be remembered by her husband Steve, her children and grandchildren as a sparkling and burning light who illuminated, inspired, and guided her family to lead lives as joy-filled and giving as hers. Her infectious enthusiasm for life and her love, nourished and guided us all. Marian’s energy and spirit will live on in us, and we will forever be grateful for her presence in our lives. “Memories of Marian, A Celebration of Life” service to be held, invitation only. Further information to follow.  Donations in Marian’s memory may be made to:

The University of Pittsburgh – of the Commonwealth System of Higher Education

To order memorial trees or send flowers to the family in memory of Marian S. Mosites, please visit our flower store.
Send a Sympathy Card