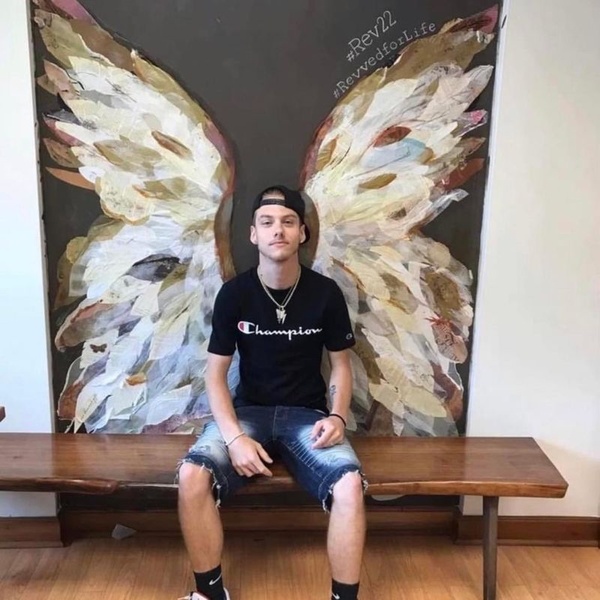 The light has dimmed on a very large circle of family and friends who were blessed to know and love Jorden "Flashlight" Lee Puskar. Jorden was born July 22,
2000 to Nicole L Davies of Coraopolis PA and Michael Puskar in Pittsburgh PA. As a young child Jorden had the opportunity to live in California where he
learned the importance of a proper shark check during Jr. lifeguard training classes, established an impeccable fashion sense teaching us all that a proper
outfit required seven pieces at all times, built friendships to last a lifetime, and formed a bond of steel with his GOA Donna Hyatt (of Folsom CA)
Jorden returned to Pittsburgh for the second half of his childhood where he began the transformation of boy to young man. Jorden graduated from Springdale
Jr/Sr. High School in 2019. During his time at Springdale he most enjoyed playing football for the Dynamos and being with his friends. In the years following high school you could find Jorden working at his grandfather's (Lee Slogan) sub shop, Carhops of Monroeville. Family and legacy were important to Jorden, who had aspirations of learning the family business so he could someday take on the responsibilities of the shop allowing his grandpa a much deserved retirement. Jorden is survived by Nicole L Davies (mother), Larry Davies Jr. (Stepfather), Austin Davies (Brother), Donna Hyatt(Grandmother), Michele
Glorioso(Grandmother) Lee Slogan (Grandfather), Larry Davies Sr.(Grandfather) Loreen Davies(Grandmother), Paul/Kerri Rusinko(Uncle and Aunt), Sean/Heather Davies(Uncle/Aunt) and many Davies, Slogan, Hyatt cousins, aunts and uncles. As well as by Michael Puskar(Father), Amanda Puskar(Stepmother), McKenna Puskar(sister), Helen Thompson(Great Grandmother), Debra Merola(Grandmother), Vince Merola(Grandfather), Nicole Hadden(Aunt), Michael Puskar(Grandfather), Donald G McGhee(Great Grandfather), Dennis Estvanik(Grandfather), Patricia Cole(Grandmother), William Cole(Grandfather), and many loving aunts, uncles, and cousins. Jorden would also like you to know he leaves behind his most precious Jetta, which was one of his greatest loves that received nothing less than his most tender loving care. If Jorden was not working he was devoting his time to her care and upkeep. There was never a Jetta as cherished as his. The family would live to invite all who knew and loved Jorden to come pay their respects and say a final goodbye at William Slater II Funeral Service (412-563-2800) on 1650 Greentree Road Pittsburgh PA on Wednesday January 26th from 2-4 PM and 6-8 PM. A final viewing will be held at the same location on Thursday January 27th from 11:30-12:00 with funeral services directly following. www.slaterfuneral.com
To order memorial trees or send flowers to the family in memory of Jorden "Flashlight" Lee Puskar, please visit our flower store.