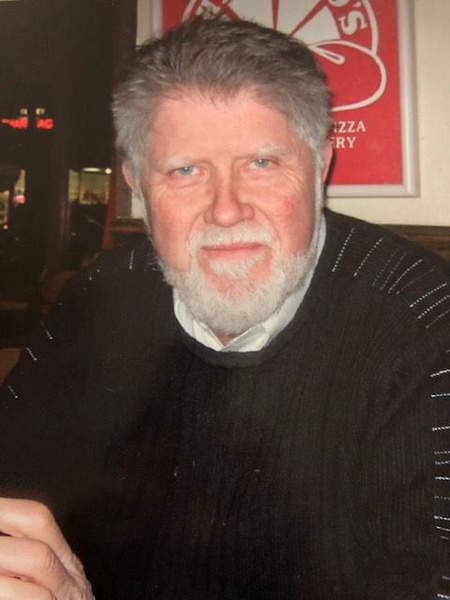 John (Jack) Hegarty, 85 of Bethel Park died peacefully on Monday, August 23, 2021, surrounded by his loving family. Jack was born February 20, 1936, in Pittsburgh to Irish immigrants, John and Ellen Hegarty. He is survived by his beloved wife, Suzanna Hegarty and his prior wife Maureen Tator and their children together, John, Kelly, Timothy (Vanessa), Michael, Daniel (deceased) and Hugh Cronin. As well as six grandchildren and a great granddaughter. He was predeceased by his parents, his sister, Patricia and his brother, James. As a youth, Jack grew up in Pittsburgh's Morningside neighborhood where he played football for the famed Morningside Bulldogs. He went on to play football for Peabody High School where he earned a football scholarship to Denver University. Returning to Pittsburgh, Jack build his home of over 50 years in the South Hills. This home, and Jack's big heart, provided safe harbor to countless people in transition over the years. Jack was a great storyteller and his funny stories were enjoyed by friends and family alike. A trusted businessman, Jack enjoyed a career in tool sales and tool rental that spanned over 60 years. In the mid-60's, he had the special distinction of being the top tool salesman in the country for Snap-On Tools. Jack was the founder and proprietor of Tools Unlimited in Pittsburgh for the past 50 years, which is still operating and being run by two of his sons,. Jack was a long-standing social member of the Ancient Order of Hibernians, the Knights of Equity, the Jugo Slav Club, the Hays Moose, and the American Legion. He will be deeply missed by his family and friends. Visitation Thursday, 2-4 and 6-8 pm FREYVOGEL-SLATER FUNERAL DIRECTORS, (412-835-1860), 112 Fort Couch Rd., Bethel Park 15241 (Opposite Macy's, South Hills Village). Funeral Mass Friday, 10 am in St. Thomas More Church, Resurrection Parish. Burial to follow in Mt. Olivet Cemetery. www.slaterfuneral.com
To order memorial trees or send flowers to the family in memory of John (Jack) Hegarty, please visit our flower store.