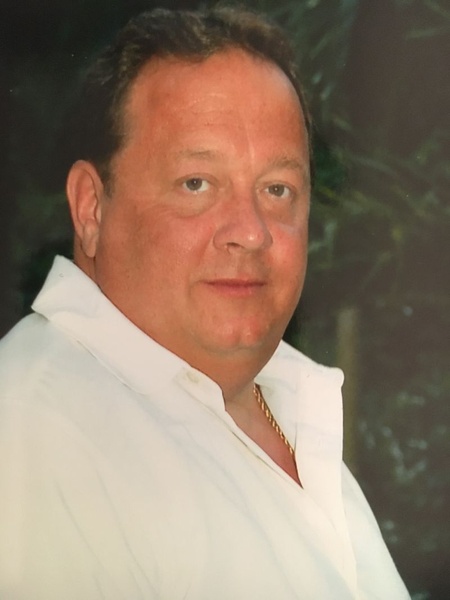 On Monday, January 4, 2021, John S. Atkins, age 63, loving husband and father, passed away in his home after a courageous battle with multiple myeloma. John resided in Dormont with his wife of 43 years, Donna (Burke). Donna and John met on a blind date and were later married in May of 1978. John and Donna went on to have two children, Melissa White (John) and John T. Atkins. John was also the proud Pap of his three adoring grandchildren, Madeline, Sean, and Ryan White. John had a special love of animals, especially his beloved dogs, Rocky and Ginger, who were by his side through his valiant fight. John was an Army veteran and a hard worker who took great pride in his work and could be found tending to the grounds as Chatham College for many years. John was also the owner of JSA Landscaping, from which he developed many special friendships through the years. In addition to his wife, children, and grandchildren, John leaves behind his beloved "Mum," Sally Pint. John was preceded in death by his "Dad," Ronald Pint, and sister, Donna George. John also leaves behind his "brother," Joe Kearns, Scott Pint, and Christopher Pint. John will be greatly missed by all who knew him, including, in-laws, aunts, uncles, nieces, nephews, cousins, and his very special neighborhood friends. Special thanks to his nurse of three years, Lisa McElhaney, for helping him through his illness. Family and friends welcome Saturday 12 noon - 4:00 p.m. at WILLIAM SLATER II FUNERAL SERVICE (412-563-2800), 1650 Greentree Rd., Scott Twp., where a Blessing Service will be held at 4:00 p.m. Military Honors to follow. Burial will be private to the family. Due to Covid-19 requirements, everyone must wear a mask and practice social distancing. www.slaterfuneral.com
To order memorial trees or send flowers to the family in memory of John S. Atkins, please visit our flower store.