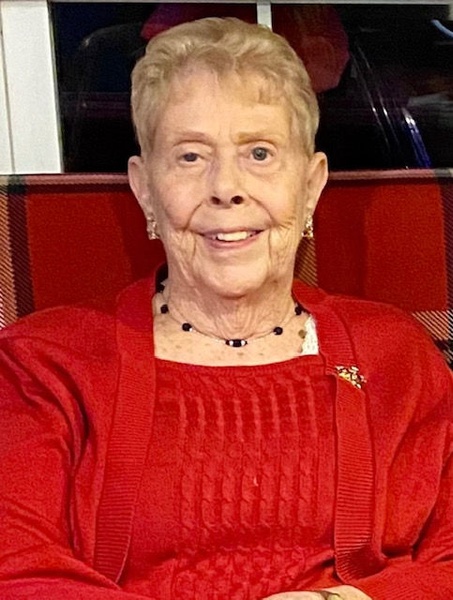 Age 85, of Banksville, on Thursday, July 8, 2021, surrounded by her loving family. Preceded in death by beloved husband, Robert E. Dapper, Sr.; devoted mother of Robert E. Dapper, Jr. (Nancy), Denise Teti (Mike), and Jennifer Trojan; proud grandmother of Kathleen, Melissa, and Allison Dapper, Michael and Maura Teti, and Gabrielle and Nick Trojan. Preceded in death by brothers Ronald Bentz and James Bentz; daughter of the late Joseph and Hannah Bentz; also survived by Chuck and Angie Dietrick, sisters-in-law Mary Jane Bentz and Diane McNally, and their children. Joanne was very proud of her children and grandchildren and cherished their many family gatherings. Joanne obtained great joy in attending her grandchildren's events as she was always a devoted Mam. Joanne was a very active member of St. Margaret of Scotland Parish for more than 50 years, where she was a member of Christian Mothers, a Eucharistic Minister, and a lector. Joanne was a graduate of St. Paul Cathedral High School and enjoyed a variety of jobs both before and after marrying in 1960. But her unbridled vocation was family, as a daughter, sister, wife, mother, and grandmother. Befitting her South Oakland roots, Joanne was a huge Pirate fan. She was a voracious reader who was notoriously adept at both the New York Times crossword puzzle and Jeopardy. Joanne will be greatly missed due to her abundant faith, courage, grace, and love. Friends welcome SUNDAY 1-3, 5-7 p.m., WILLIAM SLATER II FUNERAL SERVICE, (412-563-2800), 1650 Greentree Rd., Scott Twp. 15220. Mass of Christian Burial 10 a.m. MONDAY, St. Margaret of Scotland Church (St. Raphael the Archangel Parish). In lieu of flowers, donations suggested to the Vincentian Charitable Foundation, 8250 Babcock Blvd., Pgh., PA 15237. www.slaterfuneral.com.
To order memorial trees or send flowers to the family in memory of Joanne E. (Bentz) Dapper, please visit our flower store.