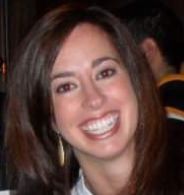 On February 21, 2020, at the age of 42, Jennifer Marie Bittner of Pittsburgh, PA, completed her earthly race, walked through Heaven's gates, and was healed.
Jennifer was born to parents Kitty and Jim Bittner on July 28, 1977. Jennifer was the oldest of three children with her younger brother, Jarrett, and sister Melissa.

Jennifer graduated from Baldwin high school in 1995 and then went on to earn her Bachelor of Arts degree in English Literature and Communications from Denison University. While at Denison, Jennifer was a member of the Track & Field and Rugby teams. She studied abroad at the National University of Ireland, Galway, where she was a member of the Corinthians Rugby team.

After returning home to Pittsburgh following college and working at an advertising and public relations firm for a year, Jennifer packed her silver Volkswagen Golf to the brim, and made the trek to Washington DC where she worked as a Senior Account Executive at a communications agency. It was there she took on a client that would ultimately become her long-term passion, Hanger, Inc. a national, publicly-traded healthcare company focused on providing orthotic and prosthetic care and helping people find restored mobility and achieve their dreams. Jennifer served as Vice President of Public Relations and Corporate Communications and President of Hanger Foundation. Over the years she created a communications strategy that elevated the company's story, brand and value on a national and global basis, securing countless media stories in outlets such as Good Morning America, TODAY, the New York Times, and The Doctors. She was also integral in helping the company establish a free prosthetics clinic in Haiti following the devastating 2010 earthquake, leading the charge for the recognition of the company's 150th anniversary which included a complete and massive rebranding, and leading the communications strategy surrounding the company's relocation from the DC area to Austin, TX.

Jennifer was married to the love of her life, Rod Regala, on October 6, 2007. They were supportive of each other's personal and professional pursuits and were each other's biggest advocate and fan.

After a diagnosis of advanced, metastatic breast cancer at the age of 36, Jennifer was told best-case scenario, she would have a few months to live. That was unacceptable to Jennifer, and all the others who loved her deeply. She didn't just fight, she LIVED during this time. Jennifer and Rod brought two boys into the world, Jameson (4) and Emeric (2), two little boys who love their mama fiercely, and are incredible little humans thanks to the love and care they received from Jennifer and Rod.

Jennifer ensured those living with metastatic breast cancer had a voice and became an advocate for securing more research and funding to find a cure. After writing a letter to President Obama thanking him for his commitment to advancing precision medicine and sharing her story, she was invited to the White House by President Obama's Chief Data Scientist to attend and participate with the Director of the National Institutes of Health, the Commissioner of the Food and Drug Administration, and several world-renowned scientists and physicians in the Precision Medicine Initiative.

Jennifer is survived by her husband Rod, sons Jameson and Emeric, parents Jim and Kitty, brother Jarrett, sister Melissa, grandmother Agnes King, mother-in-law Clory Regala, and many aunts, uncles and cousins, all of whom were so important to her.

Jennifer had a quote she read and took to heart every day:
"Travel light, live light, spread the light, be the light."
Yogi Bhajan

In lieu of flowers, Jennifer and her family would appreciate donations to the Breast Cancer Research Foundation (BCRF.org) and METAVIVOR (metavivor.org), two organizations that support research for curing metastatic breast cancer.
To order memorial trees or send flowers to the family in memory of Jennifer M. Bittner, please visit our flower store.