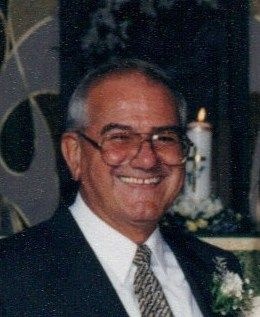 James P. Marra, Sr., known to friends and family as "The Chief", died peacefully at home on March 19, 2021 at the age of 85. Jim was born on November 8, 1935 in Walkers Mill, the middle child to Michael and Antionette, and was preceded in death by them and his two brothers, Michael and Peter.

His faith and his family were the most important things in his life. In 1960 he married Trudie Coen, the love of his life, and together they raised the five children who survive him: James (Joni), Anna Marie Locke (Michael), David (Shanna), Lisa Argent (David), and William (Kacey). He was grandfather to ten and great-grandfather to six, and he was uncle to twelve nephews and nieces. His grandchildren and great-grandchildren were his particular pride.

His career spanned a variety of occupations--plasterman (20 years after he hung up his trowel, former clients still sought his services); staff manager for John Hancock, where he was sufficiently successful that he was able to retire before age 60; and golf starter at The Club at Nevillewood, which he often said was the best job he ever had.

He served his community in many roles—National Guardsman, Chartiers Valley school board member, President of Heidelberg Borough Council, Faithful Navigator and Grand Knight of Columbus (Council 11143), lector at St. Vincent De Paul Chapel, and a volunteer at Greater Pittsburgh Community Food Bank. He was a kind and compassionate man who never met a stranger. We will miss his limitless supply of laughter, love, and Luigi jokes; his grace and style as he danced nights away with Mom, and his beautiful singing voice.

Our family thanks the caregivers at Debbie's Angels who tended to our father's needs in the last weeks of his life with great skill and compassion. In lieu of flowers, we respectfully ask you to consider a donation to Greater Pittsburgh Community Food Bank. 1 N. Linden St., Duquesne, PA 15110 (www.pittsburghfoodbank.org). www.slaterfuneral.com.
To order memorial trees or send flowers to the family in memory of James P. Marra, please visit our flower store.