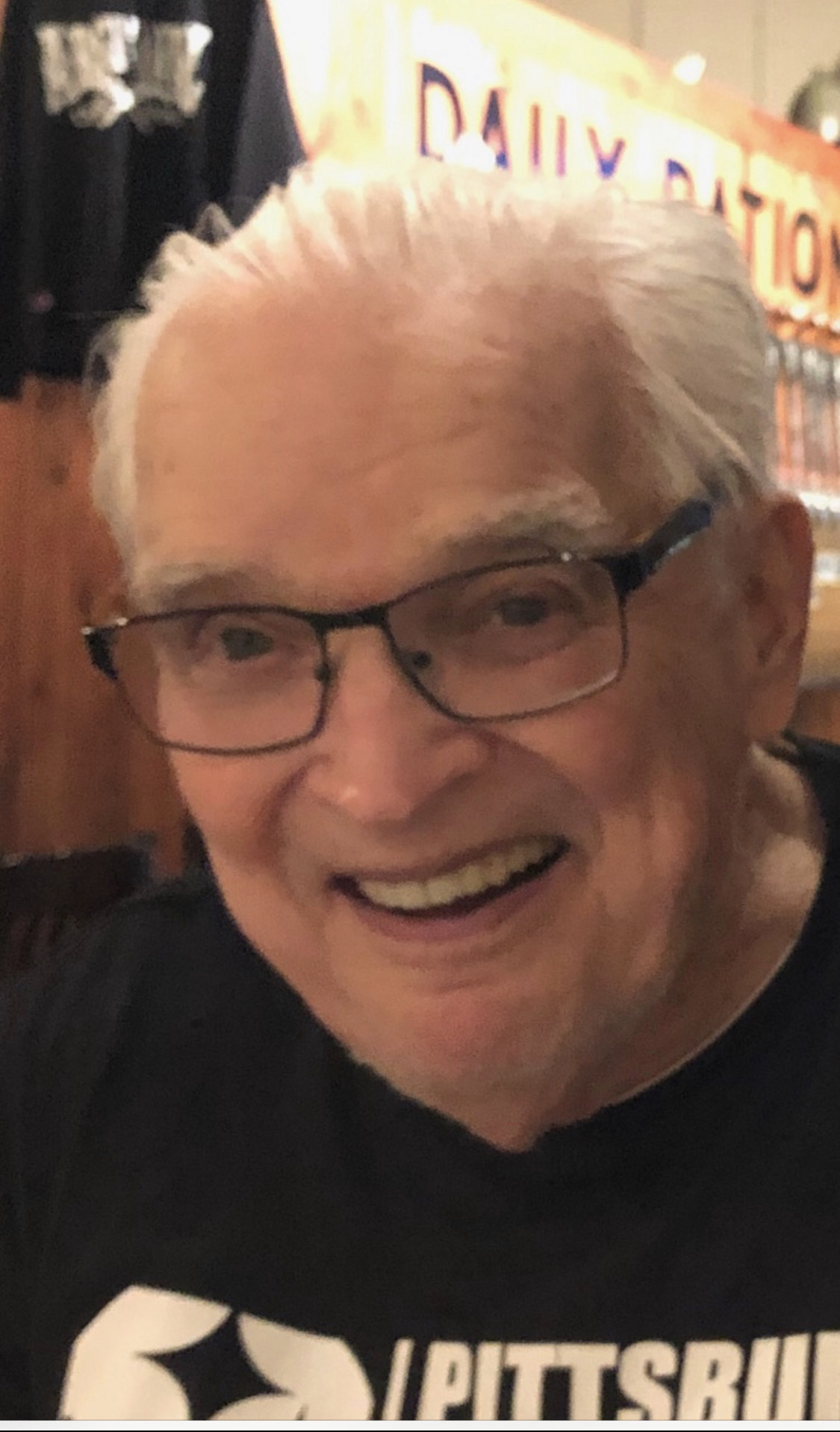 Of Carnegie/Scott Twp., went peacefully to be with his parents James A and Alice C. (Sonnet) Clark.  Jim is survived by his devoted and caring wife of 24 years, Karen Marie (Cernick) Clark.  Loving father of Sean, Maureen (Stack) and Brian (Amy Drauch).  Proud grandpa of Cameron and Madeleine (Stack).  Beloved brother of Mary Alice (Hileman), Terry (Maria), and Sally (Ray McVicker).  Jim served his country as a radarman in the U.S. Navy aboard the USS Lloyd Thomas DDE-764.  Over the last 26 years he attended many LT Reunions and enjoyed reminiscing with his shipmates.  Jim was born in McKees Rocks and proudly called himself a “Pittsburgher”! He would watch every football, baseball and hockey game of his hometown teams and wear his black and gold!  Jim also enjoyed coaching his sons for many years with Green Tree Football and Scott Twp. baseball teams.  Jim had an extensive career working at General Dynamics Electric Boat in CT, Swindell Dressler, A.J. Demor & Limbach, and the last 24 years of his career was at McKamish Inc. as a project manager. He loved his job and all of the people that he worked with.  During retirement Jim gained more friends at the Scott Twp. pool.  He loved being outside and watching the kids swim.  Jim’s sense of humor, generosity, and laughter will be missed dearly.  WE LOVE YOU!  Friends welcome 12-8pm TUESDAY, WILLIAM SLATER II FUNERAL SERVICE (412-563-2800) 1650 Greentree Rd, Scott Twp. 15220. Funeral Mass 11:00am WEDNESDAY, S.S. Simon & Jude Church (St. Raphael the Archangel Parish). Burial will be in the National Cemetery of the Alleghenies, Bridgeville.

www.slaterfuneral.com
To order memorial trees or send flowers to the family in memory of James Alfred Clark, please visit our flower store.
Send a Sympathy Card