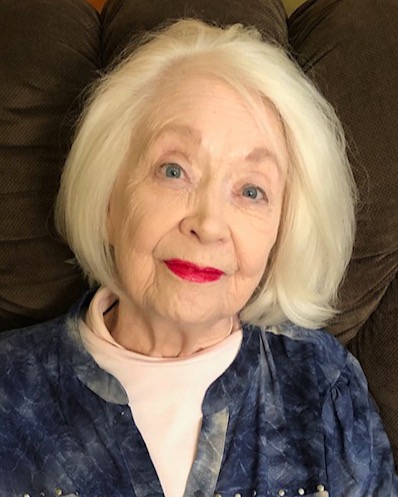 Jacqualine Nicoll, long-time resident of Bethel Park, passed away of natural causes on January 14, 2023.  She was 90 years old.

Acting and the theater were Jackie’s life-long passions. When she was five years old she began singing advertising jingles on the radio and her desire to perform never ceased.  She had leading roles in school productions and spent several summers at acting camp in Pittsburgh at Carnegie Tech (now Carnegie Mellon University).  Jackie later received training at the Alley Theater in Houston, Texas and the Pittsburgh Playhouse, where she went on to act in several plays throughout her life.

In an effort to broaden her theatrical experiences, she acted in television commercials and had several small roles in feature films that were shot in western Pennsylvania.  She never tired of acting and continued to audition for parts until she was well into her eighties.

She never wanted to limit herself—and writing became another passion for her.

She had several short plays published over the years and wrote her last play, “Viagra Falls” at age 82. She also worked as a stringer for the Pittsburgh Press in the 1980s and was well-known for writing and delivering eulogies for friends and family.

Shortly before she died, Jackie said she was able to do so much in her lifetime, that she was grateful for her daughters and grandchildren but also grateful for her theater family—connections and relationships made over the years that enriched her life and provided love and support throughout her very long career.

Funeral arrangements entrusted to FREYVOGEL-SLATER FUNERAL DIRECTORS - Bethel Park (412-835-1860). Internment is private. A memorial service will be held sometime in the spring 2023—family and friends will be notified.

The family would like to thank Allegheny Health Network Hospice and the staff at Golden Heights Care Center in Penn Township for the care she received the last several months of her life.

To order memorial trees or send flowers to the family in memory of Jacqualine Nicoll, please visit our flower store.