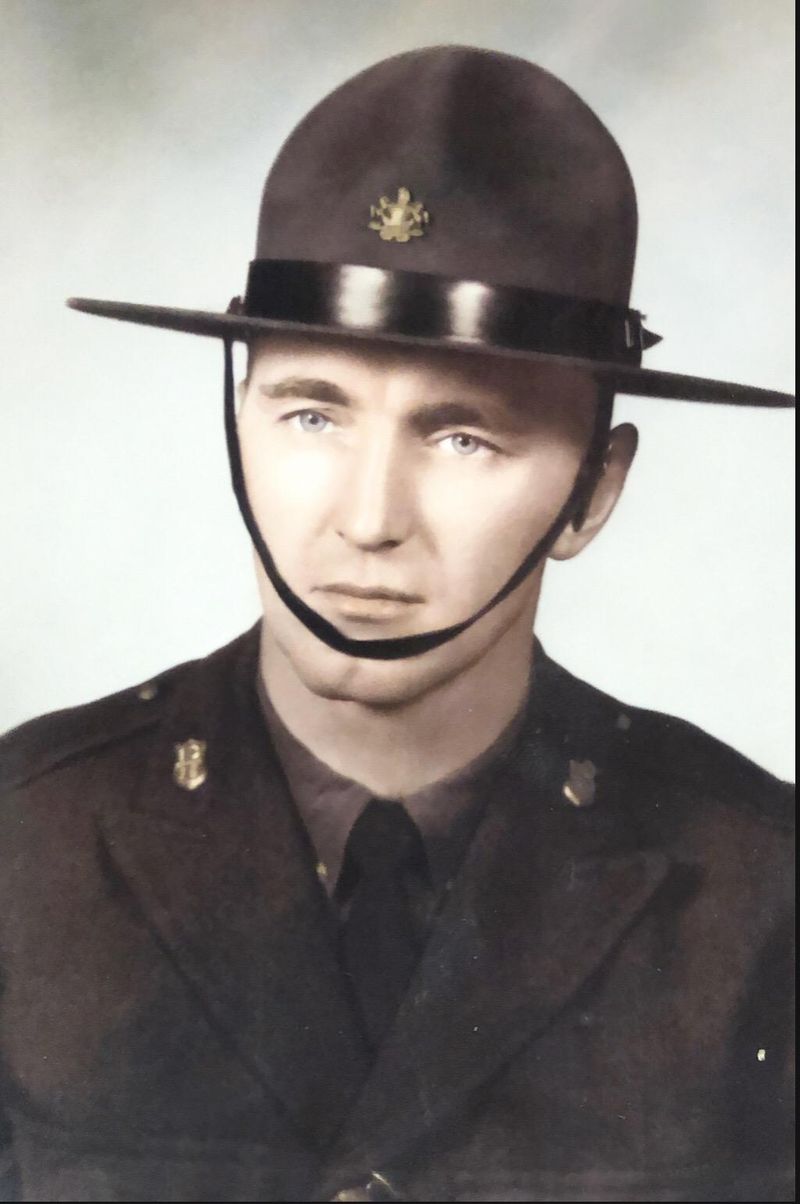 Francis X. Carroll (Frank / Skip), age 88 of Scott Township, passed away peacefully with his family at his side on August 1, 2021 concluding a colorful life lived unwaveringly on his own terms.

Skip was the son of the beloved Catherine and Edward Carroll of McKees Rocks, PA and is survived by his wife, Carolyn A. Carroll formerly of Anita, PA; and their children, the kippered Frank X. Carroll of South Park, PA, the thundercloudish Melissa Carroll Younes (and husband Dr. Michael Younes) of Lancaster, PA, and the squirrely Thomas E. Carroll (and partner Susan Sumida) of San Francisco, CA and their 5 grandchildren: Alexander, Brittany, and Elizabeth Carroll, and Maguire and Makenzie Younes.

After graduating from St. Francis de Sales High School, during the Korean War, he enlisted for 3 years in the U.S. Army Security Agency as a Cryptographer, serving two and a half years in the Far East in Japan and Taiwan.

After retiring from the Pennsylvania State Police, he was employed for 20 years by the Internal Revenue Service as a Service Representative in the Pittsburgh and Washington, PA IRS offices.

Family was his paramount focus; he relished in canonizing his wife, needling his siblings, refining his children, and teaching his grandchildren to soar (often from rooftops). Frank was a lifelong insatiable reader, a gifted baseball player, and an avid jogger. He greatly enjoyed adopting the newest technologies, traveling domestically and abroad, researching family genealogy in Ireland and Germany, and wetting whistles.

Family and friends will be welcomed from 2-4 and 6-8 PM on Thursday, August 5 at William Slater II Funeral Service, 1650 Greentree Road, Scott Township. A Mass of Christian Burial will be held at SS. Simon & Jude Catholic Church. The Pennsylvania State Police Ceremonies Unit will present a color guard memorial. Interment will follow at the National Cemetery of the Alleghenies.

From us, dad, "Be Careful".
To order memorial trees or send flowers to the family in memory of Francis "Frank" X. Carroll, please visit our flower store.