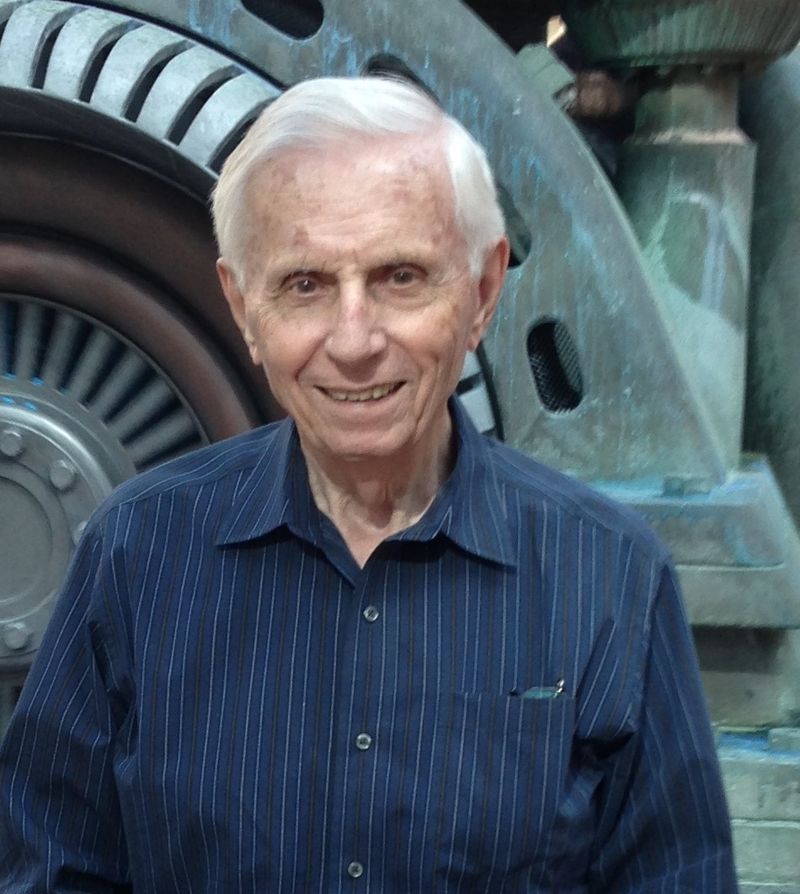 Ernest Babich, age 93 of Mt. Lebanon, passed away peacefully on Tuesday, October 12, 2021 with his family at his side. He will be deeply missed by his loving family. He was preceded in death by his loving wife Anna (Brayack) Babich (married 63 years), grand-daughter Alyson Elizabeth Babich, his parents Ivan and Theresa (Turkovich) Babich, sisters Zlata and Elizabeth and brother Nicholas. He began working at J & L Steel at the age of 16 next to his father and graduated from Aliquippa High School in 1947. He then went on to serve in the U.S. Army Military Intelligence as a translator. Following his service in the U.S. Army, Ernest attended and graduated from Edinboro College and later went on to earn two Masters Degrees. He spent his career teaching in the Mt. Lebanon School District and also taught at several different Colleges and Universities. He was a member of the Beta Phi Mu and Cum Laude (Mt. Lebanon High School Chapter) Honor Societies. Ernest was also a member of many other professional and academic Associations. Ernest was a devoted husband and father and is survived his sons Ernest (Anne) of Scottsdale, AZ, Mark (Suzanne) of Mt. Lebanon, David of Mt. Lebanon, Michael (Andrea) of Mt. Lebanon. Loving Grandfather of Brittney (Colby), Matthew, Andrew, Julianne of Mt. Lebanon, Staci (Josh) of Brookline, Bryan (Jenny), Erik and Jessica of Scottsdale, AZ and many other cherished nieces and nephews. Ernest is also survived by his brother Ivan (Jean) of Center Township, his sister-in-law Frances of Scottsdale, AZ. Proud of his Croatian heritage he visited family in Croatia and was very active in the local & national Croatian community. Ernest was a member of C.F.U. Lodge 1. Friends welcome 3-7pm, FRIDAY, WILLIAM SLATER II FUNERAL SERVICE (412-563-2800) 1650 Greentree Rd, Scott Twp 15220. Blessing Service 10:00am SATURDAY at the funeral home. Entombment will be in Queen of Heaven Cemetery.
In lieu of flowers, the family is requesting that donations be made to DePaul School for Hearing and Speech, 6202 Alder Street, Pittsburgh, PA 15206
www.slaterfuneral.com
To order memorial trees or send flowers to the family in memory of Ernest G Babich, please visit our flower store.