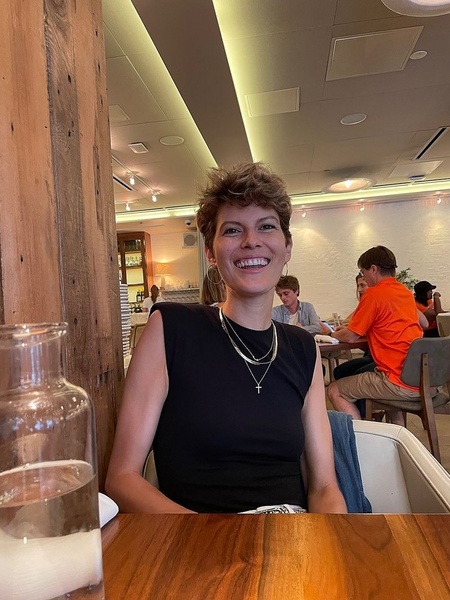 Age 28, of Scott Township, courageously fought but lost her three-year battle with Breast Cancer on February 14, 2022. Erika turned her unfortunate diagnosis into a personal cause to help others and her battle was an inspiration to many. Erika founded Bloomfoundation.gives, a foundation aimed at helping others with their own battle against breast cancer. Getting her message out enabled her to be followed by thousands on various social media platforms and her motto for life was "Love Over Fear." Erika and her sister Jessi, painted this message, as a large mural, on West Liberty Ave in Dormont.

One of Erika's many passions was yoga, she was a 500-hour trained yoga instructor and regularly practiced yoga, even in her last moments, yoga brought her peace of mind. Erika loved traveling to new places and often went with friends, but always found new ones along the way. Even though we missed her deeply when she was traveling, we knew when she was exploring, she was feeling great and living her best life.

Erika was a 2011 Graduate of Chartiers Valley High School and a 2015 Graduate of Wittenberg University where she was a member of the women's soccer team and a sister of Delta Gamma sorority. Many of Erika's college friends and teammates joined her close circle of friends. Erika's sisters also found their second home and followed her to school at Wittenberg. "Tiger Up!!"

A special thank you goes out to the doctors, nurses, and all the staff at the Magee Breast Cancer Center, everyone there treated Erika like she was their daughter or sister.

As per Erika's wishes there will not be a funeral or viewing, she will be cremated and a celebration of life is currently being planned for family and friends. In lieu of flowers, memorial donations to her foundation can be made to Bloomfoundation.gives by mail to: 111 Green Oak Lane, Pittsburgh, PA 15220 or Venmo: @Bloomfoundation WILLIAM SLATER II FUNERAL SERVICE, Scott Twp, entrusted with the Rich Family arrangements.
www.slaterfuneral.com
To order memorial trees or send flowers to the family in memory of Erika Rich, please visit our flower store.