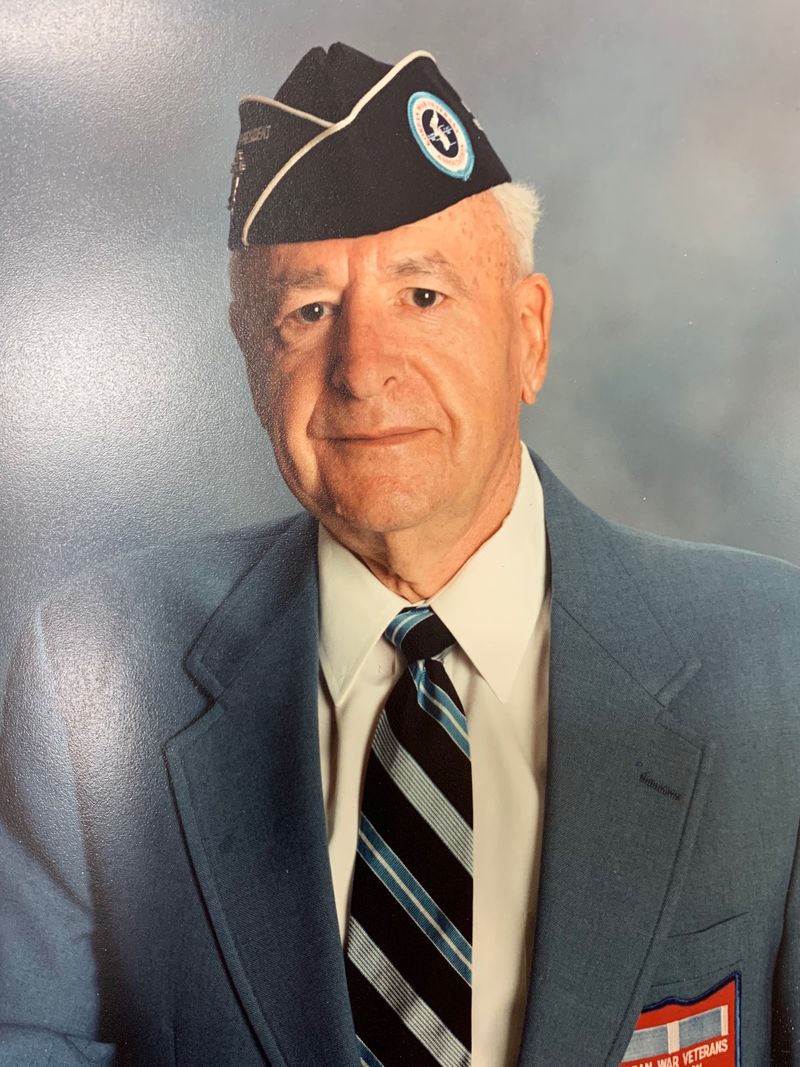 Edward E.Stevens, 88, of Kennedy Township, formerly of Scott Township and Collier Township, passed away Tuesday, June 16, 2020 in the loving arms of his wife. Ed was born February 13, 1932 in Pittsburgh, PA and was the son of the late Sanford and Mary (Cawley) Stevens. He married Patricia (Walsh) Stevens on September 13, 1958. Ed was a devoted husband, father and grandfather. After graduating from Langley High School in 1949, he enlisted in the U.S. Army at the age of 18 and quickly rose to the rank of Staff Sergeant and Machine Gun Squad Leader in Korea. After returning from Korea in 1951, Ed was employed as a truck driver for the Pittsburgh Press until 1965 when he won the first of six consecutive terms as tax collector for Scott Township, PA.

During his tenure, Ed also sponsored countless youth sports teams in the area, including the Scott Athletic Association, which was done without fanfare but with the appreciation and affection of hundreds of children who benefited from his generosity. He expanded his political influences beyond Scott Township, becoming the chairman of the Allegheny County Democratic Party in the 1980's. Additionally, he was president of the Allegheny County Tax Collector's Association, chairman for the Authority for Improvements of Municipalities, and director for the Allegheny County Sanitary Authority. Ed was a tireless supporter of veterans' groups and founded the American Legion Post No. 290 in Scott Township, PA. As president of the Korean War Veterans Memorial Fund, he started raising money in 1994 and was the driving force behind the Korean War Memorial in Pittsburgh, which was completed in 1999 on Pittsburgh's North Shore next to PNC Park.

Ed has been reunited with his eldest son Eddie II who passed away in 1994. Ed is celebrated by his wife of 61 years, Patricia (Walsh) Stevens, his three surviving children, Diana Guadagnino of Scott Township, James Stevens (Jill Rebholz) Stevens of Cranberry Township and Colleen Mutschler (Chris) of Collier Township and his grandchildren Carlo Guadagnino, Sarah Stevens, Matthew Stevens, Kelliann Mutschler and Connor Mutschler. His is proceeded in death by brothers Arthur and William and sister Evelyn Petanowick and will be missed by sister Sandra Smelko, as well as many nephews and nieces.

Friends and family will be received Monday, June 22, from 1 pm to 7 pm at WILLIAM SLATER II FUNERAL SERVICE (412-563-2800), 1650 Greentree Rd., Scott Twp., 15220. A Memorial Service will be held at the Funeral Home on Tuesday, June 23, 2020 at 11 am; Final resting place at the National Cemetery of the Alleghenies in Bridgeville. In lieu of flowers, donations may be made to The Massaro Family Fund for Alzheimer's Research, c/o The Pittsburgh Foundation, Five PPG Place, Suite 250, Pittsburgh, PA 15222.
To order memorial trees or send flowers to the family in memory of Edward E. Stevens, please visit our flower store.