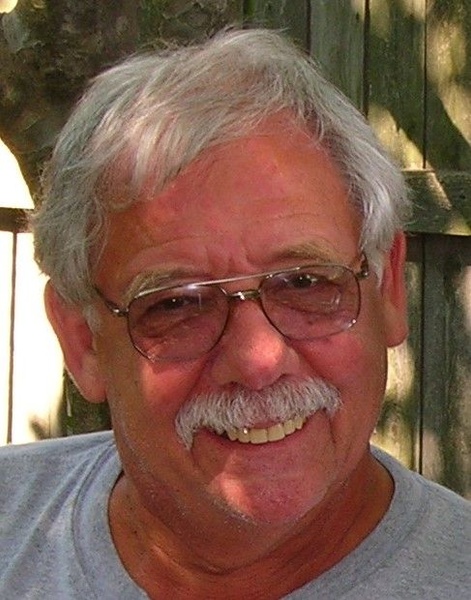 "That man is a success – who has lived well, laughed often and loved much, who has gained the respect of intelligent men and the love of children, who has filled his niche and accomplished his task, who leaves the world better than he found it, who has never lacked appreciation of earth's beauty or failed to express it, who looked for the best in others and gave the best he had." – Unknown

Donald R. Urbanic of Crafton, Pennsylvania, passed away on Sunday, May 23, 2021, at the age of 80. After several months of declining health, Don died peacefully with his children, Don and Carrie, by his side.
Don was born in Midway, Pennsylvania, on November 15, 1940, to Mary and Anton Urbanic who immigrated to the United States from Slovenia. He was the third child, born after Louis and Frank and followed by Mary. Don grew up in Midway and graduated from Midway High School. Always a hard worker, he learned his work ethic on his Uncle Frank's farm. As a young adult, he began his career in grocery wholesales at Thorofare, a local grocery store. Don married Evelyn Henry in 1964, and they had two children, Don and Carrie. He enlisted in 1961 and served in the US Army and Army National Guard. In 1986, Don married Patricia Ringel to begin a loving union of 35 years. He enjoyed a close relationship with his stepsons Fred, Ken, Patrick, and Raymond Ringel and their families.

Don understood the importance of family, community, and responsibility. He was a devoted son to both his parents and provided a great deal of emotional support in their older years. He was a devoted husband to his wife, Patty, and waited to see her one last time before passing away. Don was an amazing father who loved his children and was never at a loss to give them advice. More than anything, Don was a loving, larger-than-life "Pappy" who truly adored his grandsons. He was legendary for his "Pappy Chats" where he would provide invaluable advice about topics that neither grandson wanted to discuss.
Giving back to his community was very important to Don. He was an active member of Carnegie Elks Lodge #831, where he had served as Exalted Ruler and as District Deputy to the Grand Exalted Ruler. He was a lifelong member of the Slovene National Benefit Society (SNPJ), and he and Patty were 20-year members of the Ceili Club, an organization that promotes Irish culture and social traditions through dancing and music. Carnegie PA recognized his service by declaring July 29 as Don Urbanic Day.

Don's family and friends remember him as a happy, upbeat guy who cared deeply for those around him. He was dependable, loyal, kind, and generous. Don's heart was big, as was his love of stories and sharing them with family and friends, sometimes more than once. His nieces recall thinking that they could "get rich" when their Uncle would visit and was required to put a quarter in the jar every time he used a "bad" word. Whether he was at the SNPJ club, the Pour House, working at Home Depot, or shopping at the grocery store, Don was gregarious and knew almost everyone. He would take time to talk to anyone he ran into and would always help others. Don was kind and thoughtful, focused on the positives, and appreciative for all the good things in his life. He made the world a better place by being who he was and passing on his values and ethics to those he left behind.

Don was preceded in death by his parents and by his brother, Louis Anton (Tony) Urbanic. He is survived by his second wife, Patricia Urbanic; his brother, Frank Urbanic (wife Kathie); his sister, Mary Jones (husband Dan); children Carrie Urbanic (fiancé Aaron Highfill) and Donald Urbanic (wife Beth Ann Rosica); grandchildren Luca Anton Urbanic and Marco Joseph Urbanic; and extended family across the United States and in Slovenia.
A visitation for Don is planned for Thursday, May 27, 2:00-4:00p.m. & 6:00-7:00p.m. at William Slater II Funeral Service, 1650 Greentree Road, Scott Twp. 15220, Mass of Christian Burial will be at 10:00a.m., Friday, May 28, at St. Philip Church, 50 West Crafton Ave., Crafton, followed by interment private to the family at Resurrection Cemetery, Moon Twp.

In lieu of flowers, family and friends wishing to honor Don's lifelong commitment to family and community can make donations to the Slovene National Benefit Society, Youth Scholarship Fund. Please send a check to: SNPJ, 247 West Allegheny Road, Imperial, PA 15126-9774 and state that the donation is made on behalf of Donald R. Urbanic for the Youth Scholarship Fund.
To order memorial trees or send flowers to the family in memory of Donald R. Urbanic, please visit our flower store.