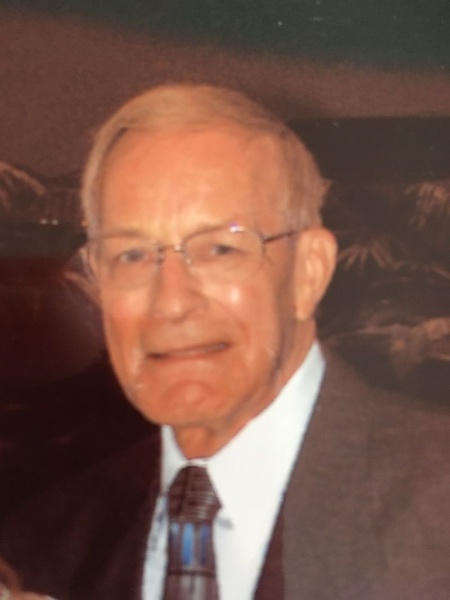 Born at home on a farm in rural Greene County on October 9, 1933, Donald J. ("Don") Brewer was again at home in Scott Township, Allegheny County, when he departed this life on March 14, 2022, while being comforted by the family at his side. Don was one of those favored few whose vibrant personality, endless energy and good health allowed him to always appear "younger than he was." Even with his two-year battle with kidney/liver cancer, he remained active, strong and in high spirits. Blessed with a natural artistic talent, Don turned his skill into a successful career in commercial signage, which spanned seven decades and left the Pittsburgh regional landscape decorated with literally thousands of identification and directional signs, large and small, in and about stores, restaurants, malls, hospitals and office buildings, which he either painted, designed, built, installed or sold, with the Heinz "pouring ketchup bottle"----which was first installed at the Heinz plant and which now adorns the Heinz History Center--as his most significant and iconic project. But his greatest work was the everlasting love and attention, and humor, he constantly bestowed upon family and friends.

Don is survived by his wife, Mary, his sons Chris (Joanne) and Craig (Rose), his stepchildren, Patrick and Colleen (fiancé Segundos), six grandchildren and step-grandchildren—Lindsey (Alex), Ellie, Jeffrey (Kailey), Donnie (Rosa), Eddie (Wendi), Missy (Mike), and nine great grandkids, along with three brothers, Kenny (Joann), Jerry (Sue) and Larry (Linda). And dozens and dozens of adoring nieces and nephews and cousins. He was preceded in death by his first wife, Genevieve, as well as by his parents, Spencer and Hilda Brewer, three other brothers and a grandson, Jesse.

Friends and family will be received at WILLIAM SLATER II FUNERAL SERVICE, 1650 Greentree Road, Scott Twp. 15220, from 2-4 and 6-8 on Wednesday, March 16, 2022. For the safety of all, face coverings are required. A service will be held at the Funeral Home beginning at 11AM on Thursday, March 17, 2022. Interment is at Mt. Lebanon Cemetery. In lieu of flowers, donations may be made to Family Hospice, Bower Hill Rd, Mt. Lebanon, PA.
To order memorial trees or send flowers to the family in memory of Donald J. "Don" Brewer, please visit our flower store.