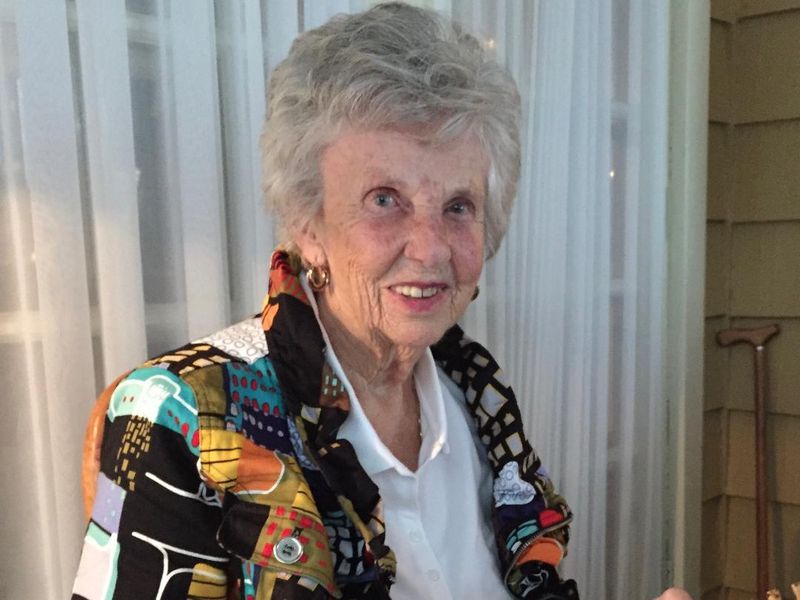 Age 93, was a remarkable, selfless woman and we were blessed to have her in our lives for so long. Daughter of the late Paul and Catherine Eggers. Beloved wife of 54 years to the late Martin Patrick Summerville. Mother of 7 children: Jeanie (Bob Cade), Colleen (Anthony Benacquisto), Paul (Stephanie Norrell), Juliann (Ron) Truver, Beverly (Howard) Bowell, Martin (Melissa), and Kate Alexander. Loving "Gram" to 15 grandchildren and 9 great-grandchildren. Dolores was kind, gentle, loving, extremely patient, and caring. Her loss has created a huge void in all of our hearts.

Dolores was raised in Mt. Washington and attended St. Mary of the Mount grade school and high school. After graduation, she attended Pinkerton Secretarial School and worked as a bookkeeper at Frank and Seder Department Store. After her marriage to Martin, they moved to New Jersey while he finished his military service at Fort Monmouth. They returned to Pittsburgh, started their family, and later moved to Beechview. Dolores was active at St. Catherine of Siena parish as a member of the Christian Mothers, Parent Teacher Association, and Brownie Troop Leader.

After raising her children, Dolores studied at Community College of Allegheny County. In 1970, she returned to work and became a Clinical Secretary and was promoted to Staff Coordinator of Nursing at Mercy Hospital. After 14 years of service, she retired but that was short lived as she embarked on a new career as a drug representative for Bradley Pharmaceuticals. At age 80, she became an Ambassador at Greater Pittsburgh International Airport where she greeted international travelers.

Dolores enjoyed traveling with her husband and they became snowbirds spending time between Pittsburgh and Florida. When in Florida, she volunteered at the Veteran's Administration and St. Mary's Hospitals in West Palm Beach. Dolores spent her summers at the Youghiogheny Lake, often hosting grandchildren, friends, and relatives at "Summervilla", the family cabin. She enjoyed sports and cheered on her favorite Pittsburgh teams. What she loved best was spending time with her family.

In lieu of flowers, contributions may be made in memory of Dolores to St. Jude's Children's Research Hospital or American Red Cross.
Visitation will be held at WILLIAM SLATER II FUNERAL SERVICE, (412-563-2800) 1650 Greentree Road, Scott Twp. 15220 on Friday, June 12, 2020 from 2pm-4pm & 6pm-8pm. Mass of Christian burial on Saturday, June 13, 2020 at St. Margaret Mary Church, One Parish Place, Moon Twp, PA, 15108. at 10:00am. Burial to follow in Calvary Cemetery, Hazelwood. www.slaterfuneral.com
To order memorial trees or send flowers to the family in memory of Dolores Catherine Summersville, please visit our flower store.