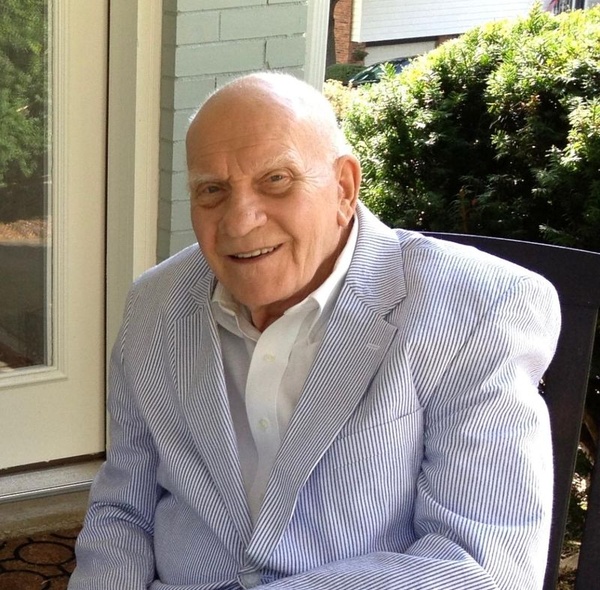 Mr. Steele was an industrial sales representative and founder of Century Supply Corp, formally located in North Fayette Township, and held a Doctorate of Education from the University of Pittsburgh.

Mr. Steele was a long time member of the First Church of Christ, Scientist, Sewickley, as well as a member of Masonic Lodge #513, The American Legion and Disabled American Veterans. He was also an avid traveler, boater and swimmer.

Mr. Steele served in the U.S. Army Air Corps as a Gunner/Armorer during World War II with The 44th Bomb Group, 8th Air Force in the European Theater. He flew 35 combat missions over enemy territory. On April 18, 1944, during a bombing run over Berlin, Germany; the bomb bay doors on the B-24 Bomber malfunctioned and jammed closed. Fifty-two 100 pound incendiary bombs fell from their racks, armed themselves and piled up on the jammed doors. Without a parachute and an oxygen mask, at -30 degrees temperature and at an altitude of 20,000 feet Sgt Steele entered the bomb bay and reinstalled the safety wires; both front and rear on many of the bombs. The remainder of the bombs were live and were piled up on the jammed doors. With the bomber out of formation and falling further and further behind; Sgt Steele worked feverishly to jettison one by one most of the bombs out through the escape hatch. Only then could he force the bomb bay doors open and the rest of the bombs could fall from the plane. He also rescued the Bombardier, who had attempted to help and had fallen from the catwalk into the bomb bay. His actions that day earned him the Silver Star

On his last scheduled mission, July 7, 1944, his plane was shot down between Bernberg and Leipzig, Germany. He spent the remainder of the war as a German POW at Luft Stalag IV and survived the 600-mile "Death March" during the winter of 1944-45.

In addition to The Sliver Star, Mr. Steele was awarded The Distinguished Flying Cross, Air Medal with six Oak Leaf Clusters, The Purple Heart and The POW Medal. In 2009, at the French Embassy in Washington D.C., he was awarded The French Legion of Honor.

Private Interment will be at Arlington National Cemetery at a later date.

Please no flowers. Per his wishes, donations in his memory, may be made to the charity of your choice. www.slaterfuneral.com
To order memorial trees or send flowers to the family in memory of Chauncey Harold "Jay" Steele, please visit our flower store.