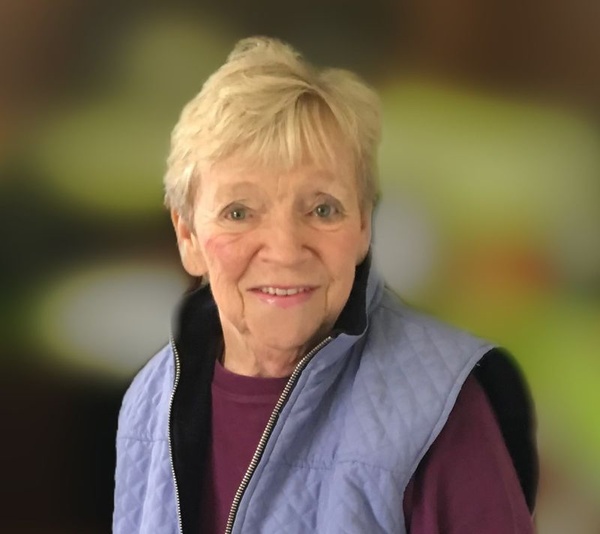 Carol Ann Caldwell, 85 of Pittsburgh passed away on March 31, 2022. She had lived in Scott Township for 56 years and was a faithful parishioner of SS. Simon and Jude church. She moved to Country Meadows Retirement Community in South Fayette last year to be closer to her kids. She and her identical twin sister were born on September 1, 1936 each weighing only two pounds! She is preceded in death by her late parents Bertrand and Agnes Johnston and siblings Bertrand, John, James, and Grace Johnston. She is survived by her dear twin sister Claire Garland of Nashville, TN. Carol retired from the Department of Defense in 1997 and spent much of her time traveling with friends and visiting grandchildren. She loved to cook and was always trying out new dinners for her family. Carol was a voracious reader and over the years loved bowling and going to the movies. She was a witty writer and quite an artist too. She was most proud of her four children: Christopher (Pam) Caldwell of Bethel Park, Heather Caldwell (Tim) Sebetich of Columbus, Ohio, Erin (Herman) Blatz of South Fayette and Ron "RB" (Jenny) Caldwell of Charlotte, NC. She was the loving grandmother to fourteen grandchildren: Alana Blatz, Kevin Caldwell, Jacob Sebetich, Ryan Caldwell, Sean Caldwell, Cort Blatz, Declan Sebetich, Kelsey Caldwell, Quinn Sebetich, McGuire Blatz, Jeremy Caldwell, Channing Sebetich, and twins Jackson Caldwell & Tyler Caldwell. She will also be missed by several nieces and nephews scattered all over the country and dozens of friends. The family wishes to thank the nurses and staff of Country Meadows for their care and devotion. Family and friends are welcome Sunday 2-4 and 6-8 p.m. WILLIAM SLATER II FUNERAL SERVICE, 1650 Greentree Road, Scott Twp., 15220. Mass of Christian Burial Monday 10 am in SS Simon and Jude Church, St. Raphael the Archangel Parish. Interment Calvary Cemetery. www.slaterfuneral.com
To order memorial trees or send flowers to the family in memory of Carol Ann Caldwell, please visit our flower store.