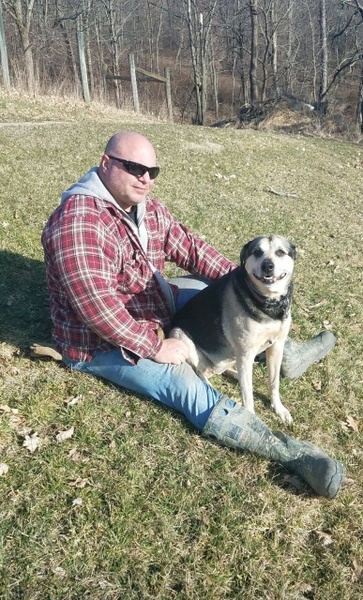 Brian L. Rowland
Age 47, unexpectedly on Sunday, September 26, 2021. Beloved husband of Krista M. (Koehnlein) Rowland; son of the late Alvin and Nancy Crisse Rowland; son in law of Tom and Judy Koehnlein; brother in law of John and Heather Koehnlein and Ryan, Megan Koehnlein and Michaliah and Brennen Martonik. Maternal grandson of Colleen Crisse; nephew of Janet (Bill) Morrison; loving uncle to Maddie, Maisy, Robert, Scarlett and Bernie; "Fur-Dad" to Kimber, Echo and Jinxy Cat. Brian was a loving, larger than life kind of man. He made sure to live a full life. He always made time to travel, and travel he did! The stories he would tell of his adventures are epic! He worked hard so he could spoil himself and his wife when they took time off. He always said you can't take it with you , so let's do it now while we can enjoy it. He was so much more than a police officer. He graduated Brockton High School in 1992 where he made some amazing friends. Those men have been and are still a huge part of his life. The Brockton Boys! Here is where his love of sports and competitive weightlifting and strongman contests started. He graduated from Mercyhurst University in 1998. Working campus security while getting his degree shows his level of commitment to his dreams. This is where he found his calling to become a police officer. In 2000 he started his career with the City of Pittsburgh. Over these years he served his community with honor and respect. He was a role model for younger officers starting out and a friend and confidant to the veterans who worked with him for years. He was a simple country boy who loves the outdoors and finally got his dream cabin in countryside and was looking forward to retirement. He looked forward to weekends off to be in the peace and quiet of the country riding his tractor and then relaxing with his wife and dogs. He loved his animals, sometimes more than people most days. He had so much love and friendship to give. He was a private person, but the people who were lucky enough to be called a friend were shown unconditional love. Friends welcome 12-4:00pm, SATURDAY, WILLIAM SLATER II FUNERAL SERVICE (412-563-2800) 1650 Greentree Rd, Scott Twp 15220. Funeral Service 4:30pm, SATURDAY, in Covenant Community Presbyterian Church, 1630 Greentree Rd, Pgh, PA 15220, with Chaplain Eric Hertzog officiating. www.slaterfuneral.com
In lieu of flowers, donations suggested to the Animal Rescue League, 6926 Hamilton Avenue, Pgh, PA, 15208 www.aspca.org
To order memorial trees or send flowers to the family in memory of Brian L Rowland, please visit our flower store.