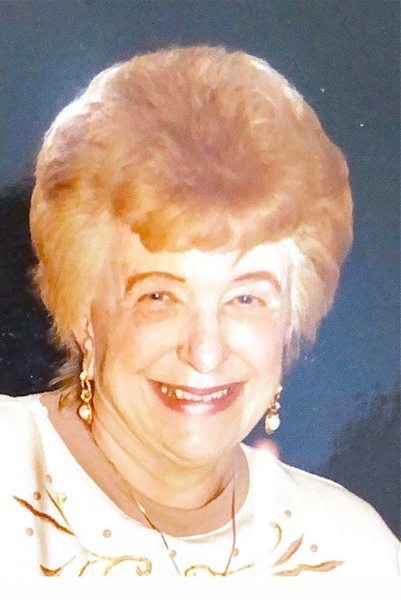 Age 93 of Bethel Park, peacefully on Friday, October 15, 2021 surrounded by her loving family. Beloved wife of the late Walter A. Weiss. Loving mother of Lynda (late David) Koerner, Donna Morosco, John (Elizabeth), Scott (Kristen), and the late Walter M. Weiss. Dear grandmother of Stephanie (Ryan) Stewart, Danielle (Rebecca) Morosco, William (Amber) Koerner, Matthew Koerner, Julia, Mary, Lauren, and Sophia Weiss. Great grandmother of Rowan Stewart and Marin Stewart. Sister of the late Sr. Rosaline, Sr. Gracille, Joseph, Frank, and Leo Karolak. Also survived by several loving nieces and nephews. Bernice was born and raised on the South Side of Pittsburgh. While her given name was Marianna, she was always known by her middle name of Bernice. She grew up on Holt Street, the daughter of Polish immigrants, Bronislaw and Stefania Karolak. Her father was a steel worker; her mother -- a home maker. It was in her blue collar upbringing that she learned the core values of hard work and humility. While she always carried herself with style and grace, she would always find the greatest joy in life's simplest pleasures.After graduating as valedictorian of her class at St. Casimir's High School, Bernice attended Duff's Iron City College, and she would go on to work as a court stenographer. Highly intelligent and intuitive, she considered several different career paths, including becoming a nurse or pediatrician. Soon, she would meet the love of her life, Walter, and the two were married on November 11, 1950. Less than two years later, Bernice would embark on what she would call her greatest joy in life – motherhood. Bernice became the loving mother to five children – Walter, Lynda, Donna, John and Scott. Over the years, she was the most caring, loving, wonderful mother any of them could hope for. Bernice put aside any other career goals to become a stay-at-home Mom, and totally devoted herself to her loving husband and five children. She often said that of all the careers she considered, she would never trade the one she chose – that of being a mom. Her husband, Walt, often said: "The greatest gift I can give my children is their mother's time." Through the years, whatever her family needed, Bernice was always there, filling the roles of comforter, cheerleader, and voice of encouragement.Bernice was an incredible cook, and took great pleasure in preparing her homemade recipes for nightly dinners and special occasions. From spaghetti or lasagna to stuffed peppers or stuffed cabbage, Bernice loved to fill the house with the aromas of her home-cooked meals. She loved hosting her extended family for holidays, and her annual Thanksgiving dinner feast became a family tradition for decades. Bernice filled every holiday not only with delicious food, but also with her warm welcome, plenty of laughs, and her kind, loving embrace.Bernice loved to travel, and over the years she ventured to destinations ranging from Hawaii and Alaska to Italy and the Mediterranean. She also loved her simpler annual family beach vacations, including many summers at Wildwood, New Jersey and Ocean City, Maryland.

Along with being an incredible wife and mother, she was a woman of many talents. She was proficient at shorthand, spoke fluent Polish, was a very accomplished bridge player, and was an incredibly talented creative writer. She loved writing short stories about her childhood, her family and some of life's special moments. She had a wonderful sense of humor, and was a big fan of the late author and columnist Erma Bombeck. Like Bombeck, Bernice enjoyed writing about the simple, everyday humor that could be found in being a wife, mother and homemaker. The stories and letters she wrote delighted her children and family members, as they were filled with descriptive details of the fun and follies of a typical week at home.

When her children were grown and out of the house, Bernice went back to work part time as an assistant to her husband Walt in his Allstate insurance agency located in Whitehall. She would often joke that the two of them were like the comical characters Mr. Tudball and Mrs. Wiggins from The Carol Burnett Show.
As the years went on, the World's Best Mom also became the World's Best Grammy, as Bernice continued to shower her love on her eight grandchildren and two great grandchildren. For all the roles she had in life, Bernice was best known for the incredible kindness, warmth, and love she showed to family and strangers alike. She never made an enemy, and never hurt a soul. She was a peacemaker, making sure everyone around her felt loved. She was a strong advocate for those who were less fortunate. As a loving mother to a son with special needs, over the years she contributed her time and resources to mental health organizations, especially the staff and residents of the Mental Health Association of Washington County in Bentleyville, Pa.

Bernice was the essence of goodness and grace – the closest thing to an angel on this Earth. Her spirit of love and kindness will continue to live forever in everyone she touched.

In lieu of flowers, donations may be made to the Mental Health Association of Washington County, the City Mission in Washington Pa., or the Salvation Army.

www.slaterfuneral.com
To order memorial trees or send flowers to the family in memory of Bernice M. (Karolak) Weiss, please visit our flower store.