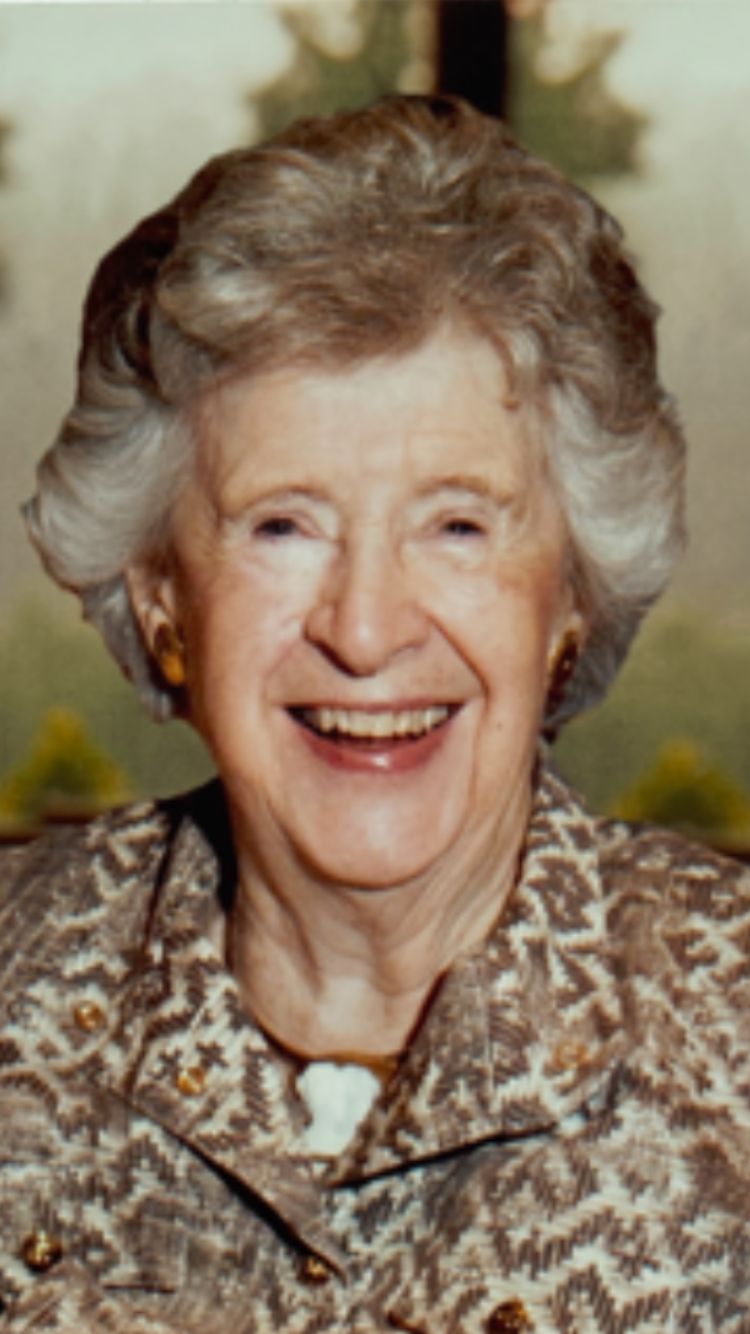 Ann Marie Fox Donahoe formerly of Mt. Lebanon, died at Vincentian Marian Manor in Pittsburgh on September 22, 2020. She was 102. Ann Marie was predeceased by her husband, John A. Donahoe and her daughter, Patricia (Philip) Colavincenzo. She is survived by her children, Anne (Frank), John (Pat), Robert (Denise) and Michael (Mary Anne). Ann Marie was the very proud grandmother of twelve, Thomas, Maria, Rita, Katherine, John D., John C., James, Brian, Lucy, David, Elizabeth and Kathleen. She happily welcomed seventeen great-grandchildren to the family. Ann Marie was born in Chicago on October 29, 1917, to Ludmilla B. and Joseph J. Fox. Her father called her Sunshine. She delighted in being one of eight children. Ann Marie attended the Convent of the Sacred Heart in Lake Forest, Illinois and graduated from Barat College, also in Lake Forest. Ann Marie and John were married in Chicago on May 9, 1941. Their first home was in Perryville Maryland as John was stationed at Aberdeen Proving Ground during the Second World War. After the war, they moved to Pittsburgh, the city Ann Marie happily adopted for the rest of her life, while always remaining close to her Chicago family, including twenty nieces and nephews. While creating a wonderful home for her husband and five children, Ann Marie found time to volunteer at Mercy Hospital, St. Bernard Church, St. Lucy's Auxiliary to the Blind, and as board member of the Pittsburgh Guild for the Blind. She was an active member of the Associated Alumni of the Sacred Heart. Ann Marie's life changed in 1973 when she was widowed at age 55, but her positive approach to life manifested itself in the real estate career she relished until she retired at age 72. Since then, she loved traveling, the company of good friends and her growing family. Visitation will be held on Friday, September 25 at WILLIAM SLATER II FUNERAL SERVICE, (412-563-2800) 1650 Greentree Road, Scott Twp. 15220 from 6:00 to 8:00 p.m. A blessing service will be held on Saturday, September 26, 2020 at 10 a.m. at the Funeral Home. Interment will be in Calvary Cemetery. In lieu of flowers, donations to Vincentian Marian Manor, 2695 Winchester Drive, Pittsburgh, PA 15220 would be appreciated. www.slaterfuneral.com
To order memorial trees or send flowers to the family in memory of Ann Marie Fox Donahoe, please visit our flower store.

to be announced at a later date.