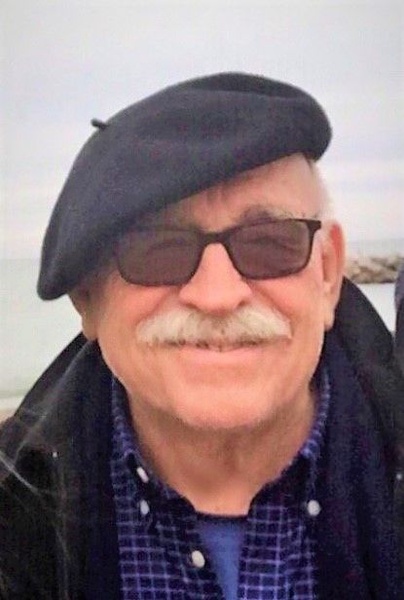 Alexander ("Alex", "Sandor") Jozsa Bodnar of Pittsburgh, PA passed away at the age of 79 on Saturday February 26, 2022 after a year-long battle with Cancer. Born May 5, 1942, Alex was the son of Ari Bodnar and the late Dr. George T. Bodnar.

Words cannot do justice to the impact he has had on his family, friends, the community, and all of those who passed thru the doors of his Jozsa Corner Hungarian Restaurant in Hazelwood.

Alex was 15 years old when he came to Pittsburgh in 1957, having fled Budapest, Hungary after participating in the 1956 Hungarian revolution. He came to the States with his parents, only the clothes on his back, and his memories of Hungary. Alex graduated from Penn Hills High School and the Art Institute of Pittsburgh and began a career in advertising and marketing.

In 1982 he purchased a building in Hazelwood, PA and established it as the AJB Professional Arts Building for use as a center for the preservation of Hungarian music, dance, and language, as well as Hungarian food. He owned and operated AJB Communications and Marketing from this building for several years. In 1988 he opened Jozsa Corner Hungarian Restaurant where he "prepared family styled home cooking just like my Grandma use to make – no additives, no preservatives and everything from scratch."

One of his favorite sayings was "The minute you come to the restaurant and break bread with me you become part of the family."
The Jozsa Corner Hungarian Restaurant reflected his hospitality, earning many wonderful reviews such as "unique dining experience," "Pittsburgh gem," "fabulous food," "amazing experience". Over the years, he has had many prominent guests including Anthony Bourdain, former Pittsburgh Mayor Bill Peduto and Rick Sebak. Alex had the unique ability to relate and connect with people from all walks of life. One review that stood out was "when I was growing up in Hazelwood poor with no food. He fed me for free. I am forever grateful." Alex's compassion, conviviality, knowledge of history and style of cooking made him a unique fixture on the Pittsburgh culinary landscape.

Alex was a dedicated volunteer and served as a member and past President of the Hungarian Ethnic Group of Western Pennsylvania. He was instrumental in having prominent choreographers come to Pittsburgh to teach the Hungarian group Hungarian folk dances performed during many years of folk festivals held at the Convention Center. He made a point to annually recognize and remember the Freedom Fighters of the (Kossuth - Petofi) Hungarian Revolution and War of Independence of 1848, as well as the Freedom Fighters of the Hungarian Revolution of 1956 in which he also fought – so that we never forget these two historic events.

As past President of the 15th Ward Chamber of Commerce, he worked closely with the community to promote, grow and rebuild the community. He also served on the Hazelwood Greenway Committee.

He was a member of the First Hungarian Reformed Church for over 30 years, having served as a Council member and trustee.
While he is gone from our midst, he will never be forgotten, as he has made an indelible impression and left many fond memories for those who have crossed his path.

The funeral will be held at the First Hungarian Reformed Church of Pittsburgh, 221 Johnston Ave., Pittsburgh, PA 15207 on March 12th at 11:00 am.
The public is welcome to attend both the viewing and funeral service. Those who are overseas or are unable to attend in person, can be part of the services through a Zoom meeting broadcast.
To order memorial trees or send flowers to the family in memory of Alexander Jozsa Bodnar, please visit our flower store.