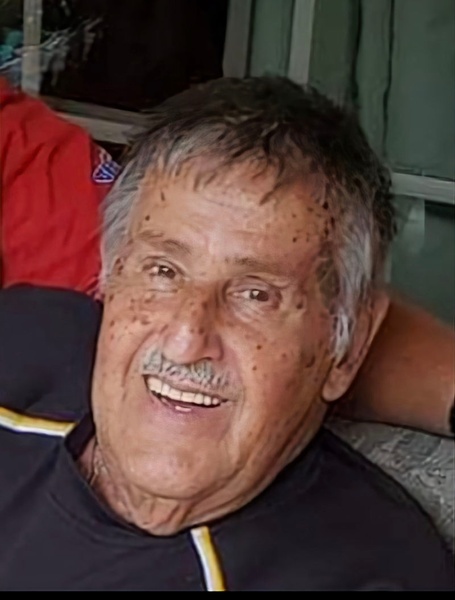 Albert John Stegena
Age 83, of Pittsburgh, on Monday, September 27, 2021. Beloved husband of Adrienne Hayes Stegena; son of the late Albert and Edith Olare Stegena; loving father of Jay A. (Winifred) Stegena, Vanessa (Richard) Milleman, Jeniffer (Stephen) Vinay, Kimberly (Jason) Brand; step father of Philip (Jamie) Mercurio, Lawrence (Dawn) Mercurio, Erin Hoelzle; brother of Rose (Edward) Herbster and the late Dolores Dougherty; grandfather of Joshua (Kristina), Jake (Jodie), Joley, Jaicey (William) Stegena, Brina Milleman, Leah and Luke Vinay, Maylee Brand, Philip Mercurio, Daniel Giancola, Lawrence, Taylor (Timothy), Alexis (Daniel) Mercurio, Jazmine, Shaun, Saedi, Asa, Trevor Hoelzle; great grandfather of Chase, Willow, Tycen, Gage, Maverick, Na'Karie, Natalia, Nalaya, Brennan; uncle to Craig and Ryan Herbster, James, Dolores, Kathy, Victor, Mark, Walter, Dawn and Sherri Dougherty. Raised in the Oakland section on the City of Pittsburgh, Al joined the Marine Corps in 1955 as an airplane, and jet engine mechanic. He was honorably discharged in 1959. Upon his return from service, he worked in the construction field. In 1965, he was hired by the Pittsburgh Bureau of Police beginning a 39-year career in a field in which he excelled and grew to love. He was known for his tenacity and uncanny ability to recall names, faces, and details, resulting in numerous arrests. His dedication led him to assignments on federal, state, and local task forces apprehending violent fugitives and dangerous criminals. His work with those different agencies forged many bonds and contacts with other officers, agents, and deputies, which served him well and assisted in his ability to be successful. He spent the latter part of his career working in drug enforcement and his knowledge, drive, and determination was an inspiration to the younger officers. He was often the "go to guy" for those young officers who needed advice and he enjoyed mentoring them. Al was highly respected by supervisors, peers, attorneys, officers from other law enforcement agencies, and those in the court system.
He was also known for helping people who truly needed assistance and guidance. His humble beginnings etched a soft spot in his heart, from victims of crimes to criminals. He could see himself in both of those circumstances. He was also very generous. He never passed a Salvation Army kettle or church poor box without reaching for his wallet. He would buy turkeys and hams at Christmas and Easter for those in need as well as his family.
He was extremely proud of his large, extended family and enjoyed spending time with all of them. His influence on his family and zest for his profession produced his proudest moments when his sons, daughter-in-law, and grandsons all followed in his footsteps and chose law enforcement as a profession.
He will be dearly missed by all who loved and knew him. Friends welcome 1-8pm, TUESDAY, WILLIAM SLATER II FUNERAL SERVICE (412-563-2800) 1650 Greentree Rd, Scott Twp 15220. Funeral Service at 7:00pm. Burial 10:30am WEDNESDAY in the National Cemetery of the Alleghenies, Bridgeville. Funeral procession promptly leaving funeral home at 9:50am Wednesday. www.slaterfuneral.com
To order memorial trees or send flowers to the family in memory of Albert John Stegena, please visit our flower store.